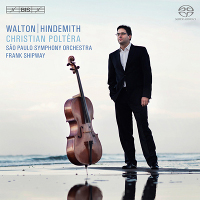 
Paul Hindemith and William Walton enjoyed a long friendship, and just a few months before Hindemith’s death in 1963 Walton celebrated the association with his orchestral Variations on a Theme of Hindemith, based on the principal theme of the slow movement of Hindemith’s Cello Concerto. That particular work also links the two composers in another way, as it was written for Gregor Piatigorsky, who fifteen years later would commission Walton to compose his Cello Concerto. Both works are expansive three-movement pieces, employing large forces – which in the case of Walton’s concerto memorably include a vibraphone, while Hindemith in his Finale gives the celesta an important role.

The taxing solo parts are performed by the Swiss cellist Christian Poltéra, who has proved himself on several releases on BIS; his recording of the cello concertos by Lutosławski and Dutilleux was included in the 2011 Penguin Guide to the 1000 Finest Classical Recordings as well as on the prestigious ‘Bestenliste’ of the German Record Critics' Award Association. He is supported by the São Paulo Symphony Orchestra (OSESP), widely acclaimed for its recordings of the music of Villa-Lobos, and for a performance, conducted by Frank Shipway, of Richard Strauss’ Alpensymfonie nominated to a 2014 BBC Music Magazine Award.

As a contrast to these two powerful mid-century scores, Christian Poltéra also performs solo works by the two composers, and in doing so expands the time range of the disc considerably. Hindemith composed his Sonata for Solo Cello in 1922-23, at a time when one of his concerns was to integrate Baroque principles of craftsmanship and usefulness into modern music. Walton’s Passacaglia, on the other hand, was one of the composer’s last works, composed in 1979–80 and of an intimate, almost meditative character.

In 1929, Hindemith, then a renowned violist, took the solo part in the première of Walton's Viola Concerto, with Walton conducting. This led to a long friendship (until Hindemith's demise in 1963). The two composers also shared a love for the cello, Hindemith as a player/composer and Walton as a composer. Both of them wrote cello concertos, Hindemith three of them. In 1940, the first major work after his arrival in the USA was Hindemith's final cello concerto, as played here by Zurich-born cellist Christian Poltéra.

Not surprisingly, given the relationship between the two composers, there are a number of similarities and parallels between their two concerti, as well as striking differences. These are demonstrated very well in this inspired SA-CD conjunction by Poltéra, where the concertos are also accompanied by a significant solo piece from each composer.

The redoubtable and unfortunately recently deceased Frank Shipway, in his last recording, provided colourful and idiomatic support from the São Paulo Symphony Orchestra (OSESP), performing with style and relish. Shipway was clearly aware of the very different manner of orchestration of the two composers, and I have never noticed before how much this illuminated the character of each concerto.

Both of them might well have followed the old adage about not making the orchestration too weighty, so as not to mask the solo instrument with its low-register sounds. Walton does this wonderfully; although having a large orchestra including vibraphone, he treats it as if it was a chamber group, just as Mahler did at times. Walton's unusual textures and instrumental combinations are often used in reticent or ghostly atmospheric backgrounds behind Poltéra's self-communing solos, and at times Shipwell's control and expressiveness of the sound field is magical. Hindemith, on the other hand, can be explosive in his full orchestral tuttis, and his concerto often is a battle between the solo instrument and the many. The third concerto is Hindemith's assimilation of the various tendencies from his earlier years into a powerful and integrated language, so one can often hear hints of his earlier works - and experience his love of the March!

Poltéra, as a young cellist, is recording his way through the classic concertos, and getting much praise for his technique, understanding and empathy. He has also been praised for making programmes which place composers or compositions in unusual but ingenious groupings, evoking fresh responses. His performances here are exemplary, casting much light on both concertos (together with Shipway and the devoted OSESP). I was particularly enchanted by the Walton concerto, where its subtlety, delicacy and poetry is often breathtaking. In the solo pieces, which have challenging technical hurdles as well as deep emotions, Poltéra is compelling, with dark velvety tone, communicating with the listener as if the cello were producing a narrative which is an essence of life itself. Formidable musicianship indeed.

The BIS engineering has had quite a few previous successes in the Sala São Paulo, Brazil. This is 96/24 capture, particularly in its multichannel version where the warm, effuse acoustic is fully engaged, and seems almost like an instrument in the orchestra itself. Poltéra's position is just to the right of centre, not too close, with only a few slight intakes of breath. The acoustic of the Stockholm Musikaliska where the solo pieces were recorded, is of the same type and is given similar volume, so that there is no disturbance between orchestral and solo tracks. It seems that Poltéra's position is just to the right of centre there too, so the cello sound might almost be in the Sala São Paulo when heard on the SA-CD.

A valuable feature of this issue is the very detailed and perceptive notes about the music by Malcolm Mac Donald. All in all, this is a very fine package and cello music lovers should not hesitate. 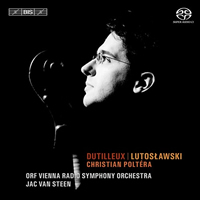 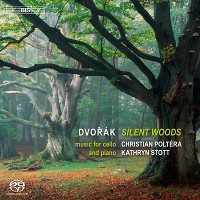 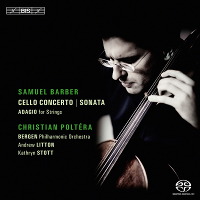 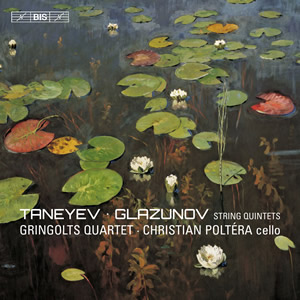 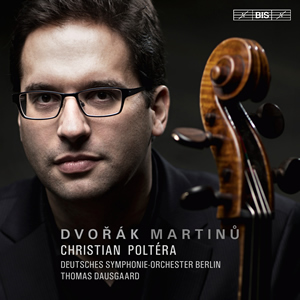 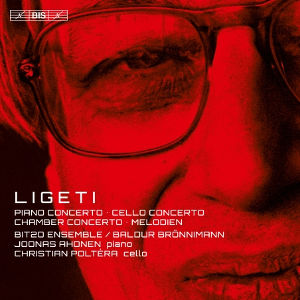