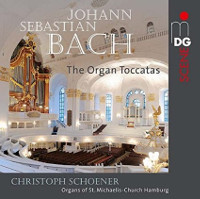 
Ladies‘ Night
A summit meeting of queens! On this enthralling new production Christoph Schoener plays Johann Sebastian Bach’s five toccatas on all four organs in St. Michaelis Church in Hamburg. For the famous Toccata in D minor three instruments team up to do the job! Thanks to MDG’s 2+2+2 reproduction method and nighttime quiet, this overwhelming sound event can now be experienced for the first time in the home. On this finely balanced Super Audio CD each instrument is heard in its original place, and the magnificent baroque interior of this Hanseatic principal church is conveyed in superb natural sound.

Gentlemanly Might
Opulent room effect was also a motivating idea behind the recently completed restoration of the organs. The powerful “Grand Organ” in the west with eighty-six stops on five manuals of course forms the focus. The “Concert Organ” on the south loft contributes romantic color, and thanks to musical providence an unusually richly endowed “Echo Organ” that can be operated as an entirely independent organ from the central playing unit could be installed in the higher regions. The “Carl Philipp Emanuel Bach Organ” has a special appeal; with its unequal temperament it naturally is used only as a solitaire on the north loft.

Praise the Name
Bach’s toccatas are especially finely suited for performance on several organs. Already the beginning of what is certainly the most popular organ work of all time, the Toccata in D minor, is staged by Christoph Schoener as a fascinating room installation, and when the echo organ then sounds from the airy heights, the three-dimensional recording is shown from its most spectacular side.

Hall of Fame
Christoph Schoener, the organist at St. Michael’s Church in Hamburg, plays Bach’s toccatas against a historically informed background, while the player’s joy of discovery also gets its fair share. The MDG sound engineers generate
unclouded listening pleasure and have conjured up an attractive sound picture for stereo friends as well. The three-dimensional effect of the 2+2+2 reproduction making this recording a unique experience is truly breathtaking. 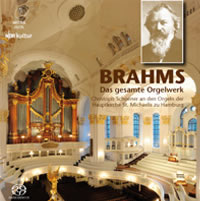 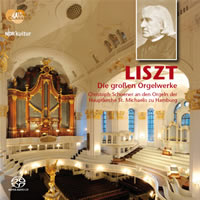 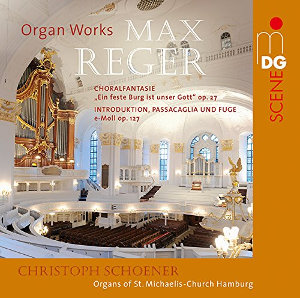 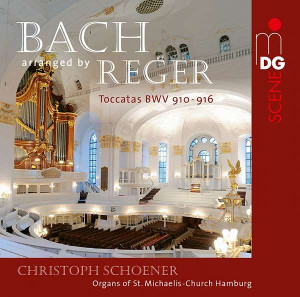