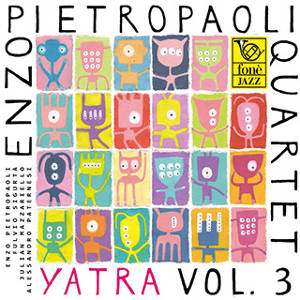 YATRA Vol. 3 is the third in a series of sessions recorded by the quartet of Fulvio Sigurtà, trumpet, Julian Mazzariello, piano, leader Enzo Pietropaoli on bass, and Alessandro Paternesi, drums. The previous two volumes were released on RBCD by the Italian jazz label Jando Music. The quartet project was conceived during concerts in India: the Indian word "yatra" signifies "journey" or "procession". At Volume 3, this musical journey has arrived at its conclusion.

Like his Fonè label mate Eleonora Bianchini, trumpeter Fulvio Sigurtà attended Berklee College of Music in Boston following conservatory in his native Italy. He continued his musical education at London's Guildhall School, where he earned an M.A. In his time at Guildhall, he worked with the great English pianist John Taylor and began a musical partnership with bassist Enzo Pietropaoli. Sigurtà is a CamJazz label artist with several discs under his leadership. His sound has been compared to trumpet stylist Kenny Wheeler; Sigurtà's conception draws on elements of post-bop British jazz, Baroque and classical music, as much as the American jazz tradition.

On YATRA Vol. 3, Sigurtà mostly plays softly or with a mute, and the effect draws the listener closer to the voice of the player; he "sings" through his instrument. On many tunes, the trumpet improvisations are limited to minimal variations on the composed melody lines. Minimalism can be a tyrannical restraint on an improviser, but for Sigurtà it appears to be a self-chosen discipline and framework for expressing shades of feeling with more space and fewer notes. In the opening piece by leader Pietropaoli "Dopo Le Nuvole" (After the Clouds), the trumpet plays a simple head melody over a long (40-bar) AB song structure. After a bass solo, the trumpet reenters with melodic variations in major-scale fragments, an approach that derives neither from the harmonic language of bebop nor the atonality of free improvisation.

The first of the four adapted pop songs is "Coffee and TV" by the Britpop group Blur. The YATRA version closely follows the verse-chorus structure and the melody of the 1999 song, substituting Fulvio Sigurtà's horn for Graham Coxon's vocals. The use of alternate chords under the vocal melody, and the adoption of a slow tempo with shimmering piano accompaniment rather than choppy guitar chords situates the song in Euro-jazz territory. Sigurtà plays Coxon's vocal line "straight" for two verses and choruses. Subtle rhythmic and tonal inflections evoke the melancholy tone of the song's confessional lyrics. The first improvised solo is by pianist Julian Mazzariello, who bursts into a full-blown 'maximal' improvisation over the chord changes. It's a well-timed relief of musical tension and a springboard for the ebullient trumpet solo that follows.

Tom Waits' song "Hold On", Janis Joplin's "Mercedes Benz" and Stevie Wonder's "Living for the City" are the other cover tunes on the disc, all of them interestingly arranged—Janis' unaccompanied vocal is rendered as a bass and drum duo—but the upbeat Stevie Wonder tune sounds out of place in an otherwise subdued set of songs and originals.

Enzo Pietropaoli's quartet, the YATRA sessions, and Fulvio Sigurtà have all earned critical praise and won listener polls in the Italian jazz press over the past four years, since the initial volume of the series was released. Sigurtà has a new CD release on CamJazz in collaboration with electric jazz bassist Steve Swallow. He is a player to watch, a distinctive stylist with considerable technique that he can deploy or restrain as the context demands.

The sessions for YATRA Vol. 3 were engineered by Massimo Aluzzi at Entropya Studio, Perugia, Italy. After mixing and mastering were completed, Fonè Records label owner Giulio Cesare Ricci added his personal touch to the outstanding audio quality on the disc with a final remastering to DSD. The recording studio environment doesn't present as deep a soundstage as can be heard on "Dos" and "La Notte", but the mix is subtle and the overall sound far more authentic than many contemporary jazz recordings. On a good quality two-channel system (it is a stereo-only mix), you'll hear low-level details in the drums, the specific timbre of Pietropaoli's bass, and subtle shadings of Sigurtà's open and muted trumpet.

This disc is highly recommend to jazz fans (like myself) who mourn the recent loss of trumpeter Kenny Wheeler and pianist John Taylor, and to all listeners who are looking for thoughtful, melodic new music.

The last of a trilogy of discs by the Enzo Pietropaoli Quartet and the only one to be released on SACD. I will post reviews of Yatra Vol. 3 and Pietropaoli's trio recording (Enzo Pietropaoli, Battista Lena, Fulvio Sigurtà: La Notte) later this month. Both are highly recommended.

In a year that provided a bare handful of jazz SACDs, the majority of which were reissues, Fonè released six discs of newly-recorded sessions.

My audiophile wish for the New Year is that the labels in Europe and the US who record new music will offer more of their production in hi-res. 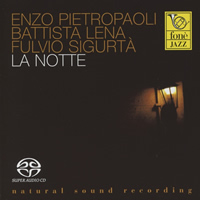 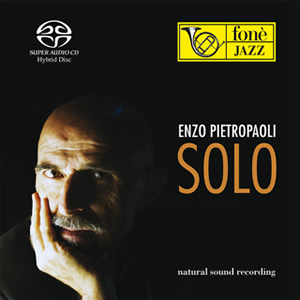 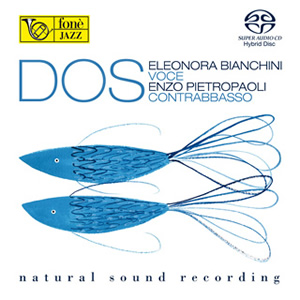 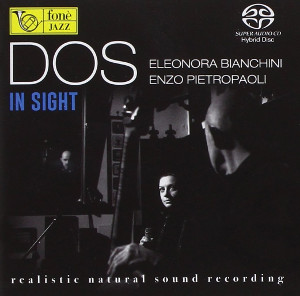 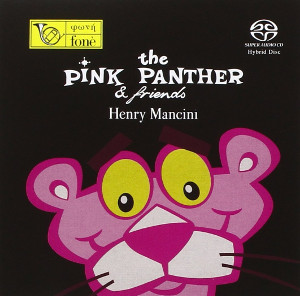 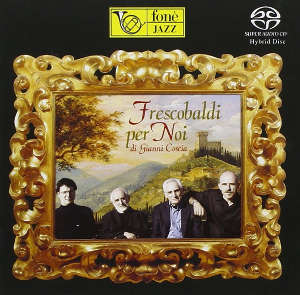