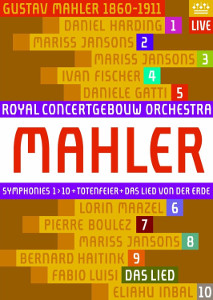 The Royal Concertgebouw Orchestra is arguably the finest Mahler orchestra in the world with a pedigree of great performances stretching back to the composer himself and, thanks to the championing of Mahler's music by Willem Mengelberg the orchestra's chief conductor from 1895-1945, the tradition that was established then continues to the present day.

The performances on these discs are of live recordings made during the 2009-2011 Mahler celebrations at Amsterdam's acoustically magnificent Concert Hall. On this indispensable set of 11 Blu-ray discs from RCO Live we have the nine completed Mahler symphonies, the performing version of Symphony No.10 in the Deryck Cooke completion, Das Lied von der Erde and Totenfeier – Mahler's early symphonic poem that eventually became the first movement of his 'Resurrection Symphony'. Each of the symphonies is allotted a separate disc, while the final disc contains 'Das Lied von der Erde' and 'Totenfeier'.

It is worth mentioning at this point that there are no 'extras' of any kind on these discs. The menu allows a choice of audio between stereo or surround and selection of individual movements from each symphony. As well as 'Das Lied von der Erde', four of the symphonies contain vocal movements, but there are no subtitles provided, so listeners will have to do their homework with regards to the texts and translations.

The choice of conductors for this enterprise is especially interesting. Some Mahler veterans like Bernard Haitink, Pierre Boulez, Lorin Maazel and Elihau Inbal have, over a number of years, recorded complete Mahler cycles on CD while others like Daniel Harding are relative newcomers to this composer. Not surprisingly Maris Jansons (the Royal Concertgebouw Orchestra's current Chief Conductor at the time) has chosen to conduct three of the largest and longest works ( Symphonies 2, 3 and 8) each of which is given a thrilling and immensely satisfying performance.

The various video directors carry out, with great skill, the difficult task in ensuring that the camera work is both relevant and varied. Watching the way in which nine conductors achieve their desired interpretations from this orchestra is endlessly fascinating. From the impassive, almost detached, Pierre Boulez in Symphony No.7 to Daniel Harding in Symphony No.1 – the latter, by contrast, all flailing arms – the mysterious power wielded by each maestro is demonstrated to the viewer. The many close-ups of the orchestra reveal the concentration with which these players listen to each other – often confirmed with a knowing glance or a smile between them.

The sound quality is excellent throughout as one would expect from the experienced Everett Porter of Polyhymnia International, and whether one is listening in 2-channel stereo (96/24bit PCM) or 5.0 channel surround (dts-HD Master Audio), the latter giving an even more vivid representation of the superb Concertgebouw acoustic, the impact of each of these performances is conveyed in full to the listener.

Mahler often uses off-stage forces in his symphonies and this can present a problem for the video director. Not here though, as thanks to the use of an extra camera, we are able to see the evocative post horn solo in the third movement of Symphony No. 3, being beautifully performed on an actual post horn rather than the often heard flügelhorn substitute.

In a review of a set that lasts a total of 15 hrs.17mins. it would be almost impossible to discuss the finer points of each performance in detail. However, highlights include Daniele Gatti's blistering performance of the 5th Symphony containing a ravishing account of the famous 'Adagietto' – treated here correctly as a flowing love song and light years away from any spurious linkage to Visconti's 'Death in Venice'. Also pretty overwhelming is Jansons' heaven storming account of the 8th Symphony benefiting from a superb line up of soloists led by Christine Brewer in refulgent voice and the magnificent choral singing from the combined choirs of Bavarian Radio, Netherlands Radio and the Latvian State Choir. Perhaps most valuable of all is the disc devoted to Elihau Inbal's deeply moving performance of Mahler's incomplete 10th Symphony in the performing edition by Deryck Cooke. Inbal has been a long standing champion of this work – he first recorded it with the Frankfurt Radio Symphony Orchestra over 20 years ago for Denon – and to hear it played by an orchestra of such quality as this is a rare treat.

There is so much to enjoy in both aural and visual terms from this essential set that it can be confidently recommended to all Mahler aficionados as an unmissable record of some of the finest Mahler performances of the early 21st century.

Recently RCO Live has released the archive recordings from the past. Rachmaninov's Second (2011, Jansons) and Mozart's Requiem (Jansons, 2011) were recorded in surround but firstly released on RBCD (Mariss Jansons' Anniversary Box).
Well, hopefully RCO Live will release Mahler's Tenth of this box on SACD. As Graham Williams says in his review the performance of Eliahu Inbal is deeply moving. We are still waiting for a multichannel SACD of this pre-modern masterwork.
In my mind the previous albums of the label have been successful. The engineers at the Polyhymnia International have managed to capture the wonderful acoustics of the Concertgebouw. The rear speakers creates a fine sense of space while the centre speaker strengths the three-dimensional effect. In doing so they (the engineers) have brought the rich tone of the orchestra into my listening room.

A little addition: They should convert the original high-resolution PCM master (96/24) to DSD for the SACD production.

I agree it would be a good single release, but there are several mc Das Lieds already, including the version for baritone and tenor on the San Francisco Symphony's label. Also, Tudor has recently announced an upcoming release under Jonathon Nott. And all sacds not originally recorded in dsd must be converted to dsd as part of the authoring process, you can't make one without doing it.

Don't know how I got focussed on Das Lied rather than the Cooke version of the 10th. Senility must be setting in rapidly in my 70th year. And yes, I'd love to see this 10th available separately.

I sent an email to RCO concerning to the potential Cooke/Mahler SACD album. They haven't responded, yet.

However, I need your advice, guys. Which is the best MCH Das Lied here? I have considered to buy the Mahler: Das Lied von der Erde - Sieghart. Is this as good as Broggio and Miller describes it? How about the rear speakers? Are they used for the ambience?

I listened to it again tonight, Luukas, and yes, I think the Sieghart Das Lied is as good as John and John said it is, performance wise and sonically, though I think our standards for five star sound may have moved on a bit since this was released. Nonetheless of the several Exton multichannel releases in my collection it has the best sound by a considerable margin so maybe 4.5 stars for sound. As for the rear channels there is enough information there to contribute to the illusion that you're seated in a largish concert hall with a healthy decay, but not so much that they are audible as separate sources unless you turn around and face them, and why would anyone do that?

And thank you, Tom, for the suggestion.

Thank you for your helpful answer, William!

Currently my library contains just one Exton SACD - Stravinsky: Petrouchka, Pulcinella - van Zweden - and the surround sound wasn't as good as I thought because the surround speakers were muted almost completely. Therefore I have had some prejudices concerning to the multichannel SACD releases of Exton.

I just received the answer of the RCO:

"It is nice to hear that not only our performances but also the recordings themselves are appreciated! Unfortunately we do not have any plans to release the Mahler DVD/BD recordings in other formats. I hope you are not too disappointed. You may find it interesting to know that we are currently working on a Bruckner 4 and Mahler 2 recorded in DXD, which will (later this year) be released as SACDs but also as DSD64, DSD128, DSD256 and DXD downloads, both in stereo and surround".

We don't need perhaps another Bruckner 4 and Mahler 2. There are Haitink, Honeck, Jansons, Vänskä, Janowski and Young (Bruckner) and Fischer, Tilson Thomas, Kaplan, Gergiev, Haitink, Zinman, Jansons and Zander (Mahler), for example. But it has been a great joy to see that RCO has started to release the new SACD albums in DXD or in DSD. I think that those albums (conducted by Daniele Gatti, by the way) will be great additions to the discography, anyway.

I was at The Concertgebouw over Christmas, very sadly the very famous bricks and mortar record store next door has closed down.

Broekmans & van Poppel was the only remaining record store that stocked & sold SACD that I knew of; every RCO Live disc was available off the shelf and every new SACD release was available almost as soon as they were listed. I have shopped there for many, many years on my frequent trips to the City.

What a terrible loss and rotten start to the new year. The owner's reply to my expression of sorrow was "it is part of history my friend that we must live with". Of course he was right but our sense of isolation and hopelessness in our hobby was palpable.

I mention this in passing to colleagues as you will surely share our pain.

That's a sad story John. The many hours I spent at Tower Records on South Street in Philadelphia or at Lincoln Center in New York are just distant memories too. An even more distant memory is Larry Bulk's drugstore in New Jersey where I bought my first Lyrita, Chandos, Decca, and EMI lp's forty or so years ago, and ten years earlier still the original Sam Goody's and Record Hunter in New York where my first collection was acquired from their bargain bins on labels like Vox. Better days in so many different ways! 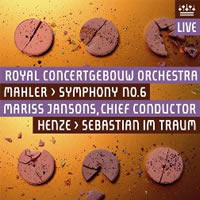 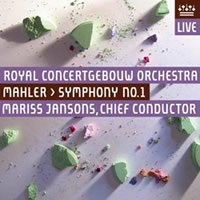 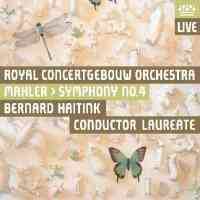 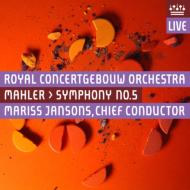 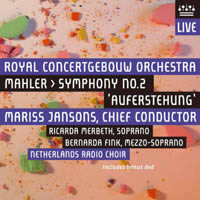 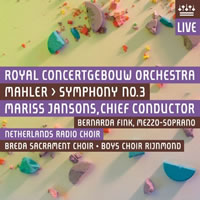 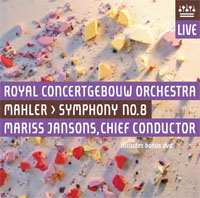 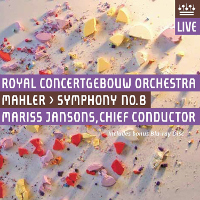 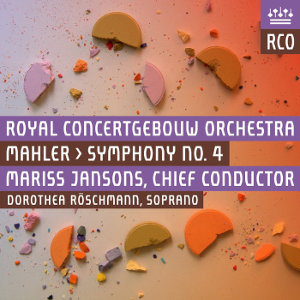 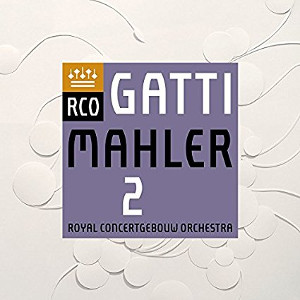 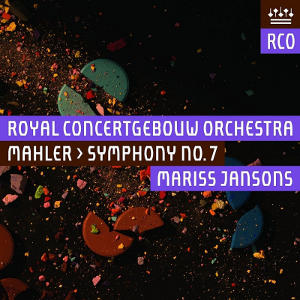 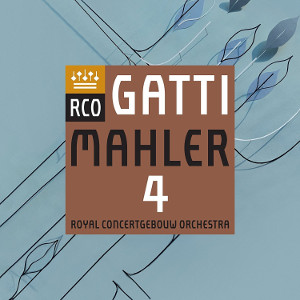 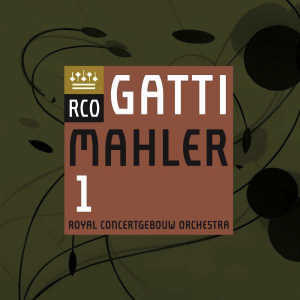