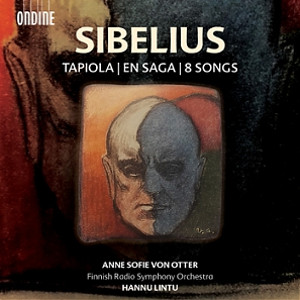 Sibelius’ tone poem Tapiola, written shortly after the 7th Symphony, may be regarded as the culmination of a period that began with the Fifth Symphony, a period where Sibelius created music that grew organically out of tiny germs into huge processes. It was completed in 1926 and remained Sibelius’s last great orchestral work. In Tapiola, Sibelius appears to equate the primacy of nature with the value of art for its own sake, the unattainable truths of which remain uneroded by time or by the shifting ideals of mankind. Sibelius stated to his private secretary: “My inspiration for Tapiola came wholly from nature, or even more accurately from something inexpressible in words.”

The genesis of En Saga, originally premiered in 1892, is also shrouded in mystery, and even later in life Sibelius was reluctant to go into any detail regarding its content. It is among Sibelius’ earliest orchestral works, and its original title in Swedish, En saga, refers to ancient Nordic tales of heroes and gods. Although En saga is among the most popular works by Sibelius today, the premiere of the work was not a success and Sibelius revised the score in 1902.

On the occasion of the 150th anniversary of Sibelius’s birth in 2015 composer Aulis Sallinen (b. 1935) orchestrated a cycle of songs for mezzosoprano Anne Sophie von Otter. This cycle of eight songs contains several less known songs in a cavalcade juxtaposing human emotions and innermost thoughts with the natural environment and experiences in nature.

The recent recordings by the Finnish Radio Symphony Orchestra under Hannu Lintu on Ondine have gathered excellent reviews in the international press.

Finally En Saga and Tapiola on SACD! The PENTATONE RQR (En Saga) and Ashkenazy/Exton or Kamu/BIS (Tapiola) were not really satisfying for me. Looks like a must-have album for all Sibelians... Hannu Lintu and the Finnish Radio Symphony Orchestra surprised me in a positive way with their previous SACD albums (Mahler's 1st and Sibelius's Lemminkäinen).

This is the first Ondine SACD for a long time. Let's hope that small labels like this are able to continue producing Super Audio CDs although the costs are naturally more expensive. There is a small chance they will release Mahler's 10th on SACD in the future using Deryck Cooke edition. I suggested this project for them and they were interested.

Yesterday I discovered a 5.1 download of Mahlers 10th in the Cooke edition.
It's a recording from the Seattle Symphony Orchestra conducted by Thomas Dausgaard. It was Gramophone's Recording of the Month about a year ago and was the runner-up for orchestral Recording of the Year at the Gramophone Awards 2017.
You can find the download at a site called Primephonic.
I haven't heard it yet.
(I have published a similar comment in another thread but I do it again, since I know that L. has been yearning for such a recording.)

Isn't supposed to be coming from the Sydney Symphony? I thought someone mentioned it here somewhere.

john hunter, yes. If we are lucky we will receive two MCH SACDs about the same time! (;

This direct from Gramophone with which I wholeheartedly concur, it saves me having to say the same thing less eloquently. The key from both sources is "Go Buy!"

"Lintu’s Tapiola does indeed settle into one of the finest performances on record, reconciling the obvious with the mysterious...En Saga is a superb performance: rich down below, perky up top, full of delectable solos...Von Otter’s voice may have lost some brightness but it has gained storytelling capabilities with age...One of the most striking Sibelius discs for years."

The Finnish Radio Symphony Orchestra under Hannu Lintu has performed extremely well on the three Sibelius discs of this series; together they have shed a whole new light on the composers works and leads me to suggest and even try to promote a survey of the seven symphonies as an inevitable outcome of their acclaimed success. Many will groan at the thought of yet another Sibelius set but maybe just maybe this could be the ensemble that pulls it off. Nothing in my extensive collection of more modern recordings completely satisfies so why not?

It's good to see Gramophone getting something right for once.
An excellent performance and recording.
Great to have En Saga at last in hi-rez.

There has been a misunderstanding, my greatest apologizes (the names of the orchestras were mixed due to the human error): no Mahler's 10th to be expected from Sydney Symphony in SACD format but the mentioned recording above of Seattle Symphony with Thomas Dausgaard may be probably available on SACD in the future.

I sent a query concerning to this to the customer service in October 2016 and they responded they have no plans (yet) to release the recording on SACD - currently available only to download in FLAC Multichannel 24bit/96kHz from Primephonic. 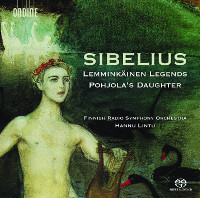 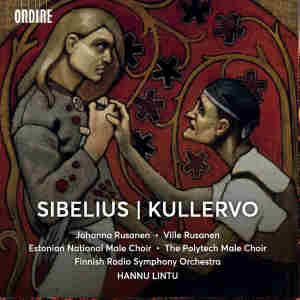