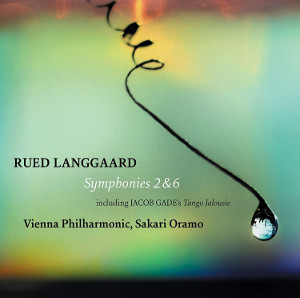 
Rued Langgaard (1893-1952) was the major Danish late-Romantic composer who did not gain recognition in his mother country. His greatest successes took place in Germany and Austria, where his Symphonies Nos. 2 and 6 were met with considerable acclaim. Back home, he never received that kind of backing. He died a careworn and despairing individual. On this recording with one of the world's leading orchestras, the tradition-conscious Vienna Philharmonic, one is therefore able to hear Langgaard's music 'return home' to a central European musical culture. At the same time things were going swimmingly for his colleague Jacob Gade (1879-1963) whose Tango Jalousie has become the absolutely most frequently played piece of Danish music for almost a century.