This looks like an interesting release. I wonder how the sound will be given the age of some of the material. Praga Sigitals had done some great job with mono recording from ... 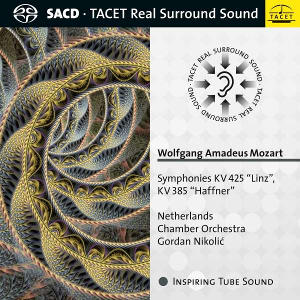 A new release coupling of two of Mozart’s most popular symphonies in multi-channel SACD would appear to be unremarkable, even when performed by such a fine body of musicians as the Netherlands Chamber Orchestra directed by their long time musical director Gordan Nikolić. This, however, is no ordinary SACD but one recorded in TACET’s astonishing and, to some, controversial ‘Real Surround Sound’.

TACET’s philosophy is to use the whole acoustic space available in one’s listening room by making full use of the 5 or 5.1 channels usually available on a Blu-ray disc or SACD. Whereas the majority of multi-channel recordings attempt, with varying degrees of success, to create the illusion of a concert hall layout by using the front channels to carry the musical performance and the rears to add the acoustic signature of the venue through extra ambient information, TACET’s approach is crucially different. The musicians sit in a circle (its diameter dependent on the number of performers involved) facing the centre where the microphones are positioned. You can see how this works in practice at https://www.youtube.com/watch?v=-pTFXBzz6WE filmed during rehearsals for this album.

The comprehensive booklet notes that accompany this SACD illustrate the instrumental layouts for each of these symphonies. Careful adjustment of levels and speaker positioning are needed to realise accurately engineer Andreas Spreer's visual representations and success will, of necessity, be determined by one's own system and domestic surroundings. The rewards are well worth the effort as one hears these familiar works as if with fresh ears. Both symphonies were recorded in the most agreeable acoustic of the NedPho-Koepel (the former Majellakerk), Obiplein, Amsterdam in February 2017.

Of course none of this technological wizardry would matter without the correspondingly high musical values evident in these performances. Gordan Nikolić is probably most familiar to UK audiences as an outstanding concertmaster of the London Symphony Orchestra but also for his many recordings as both a conductor and soloist for a variety of record labels.

His performances of both the ‘Haffner Symphony’ and the ‘Linz’ are crisp, polished and evenly paced, the only possible exception being the slow movement of the ‘Haffner’ which though lovingly phrased seems to me a tad too measured, especially with the repeat included as here. The Netherlands Chamber Orchestra perform on modern instruments but with the use of natural horns and trumpets and timpani played with wooden sticks – a nod to so-called “period style”. Though some will regret the absence of hell-for-leather tempi and vibratoless string playing, these eloquent performances capture both the festive nature and grandeur of these masterpieces in a way that will give much pleasure to many, whether listening in 2-channel Stereo or 5.1 Real Surround Sound. 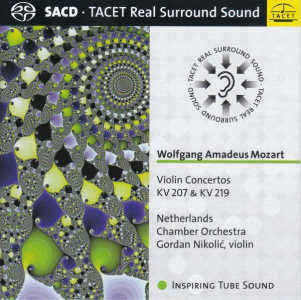 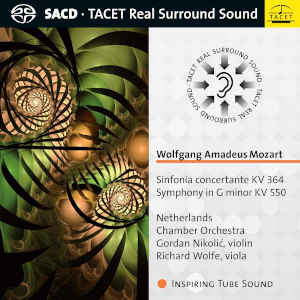 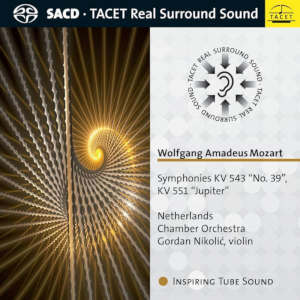