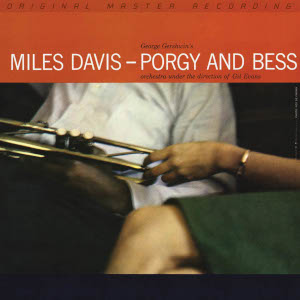 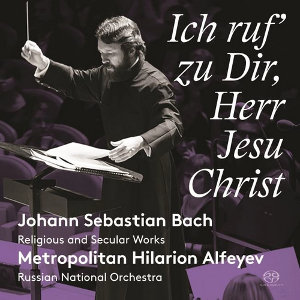 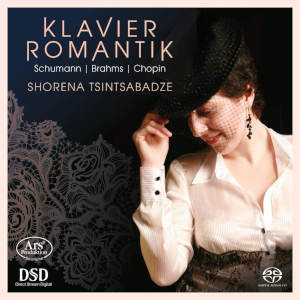 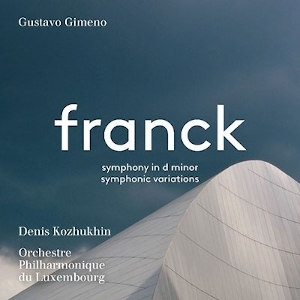 That’s interesting to know Aastroem. Looks like they must have corrected the Blu-ray disc. I wonder if there is any way of telling which are the amended ones? Would you ...

Now, as this disc is released, let me continue from my earlier comment - and this time it's about extremely good customer service. Yes, I did email Bis to tell them how glad I ...

Don't forget the early Verve SACD of "What a Difference a Day Makes" - it's listed on this site. It's very expensive through the Amazons now but try raising a saved search on ...

Thanks for the reminder. There are quite a few available in various places.

Hiredfox, here is a Google Translate version of what is written for this release on Tower's website - "For this reproduction, a master digitized at 96kHz/24bit from the ...

J. Geils are a major minor band if ever there was one. Their studio albums good, but not great listens by and large. This is their second album and dates from 1971. Bill ...

Sensing a special relationship between Arvo Pärt and J.S. Bach, Jörgen van Rijen on his first recording for BIS Records brings together music by the two composers. It’s a relationship which has several aspects. First, Pärt has readily admitted to his love for the work of Bach, referring to it in titles such as Collage über BACH, but also by using the motif BACH (B flat-A-C-B). In addition, both composers share a fascination for religion, while at the same time composing music that is almost mathematically constructed, possessing an underlying order that forms the basis of its timelessness. In collaboration with the composer, van Rijen has adapted four works by Pärt for the trombone, including the celebrated piece Fratres, which exists in numerous versions, as well as the two religiously themed An den Wassern zu Babel… and Vater unser.

Pärt’s open-minded attitude to adaptations of his works is also something he has in common with Bach, who regularly reused his own compositions, rearranging them for new occasions. Bach also ‘borrowed’ from other composers, and the three concertos heard here are all arrangements for solo organ of works by Italian composers, which van Rijen in his turn has arranged for trombone and strings. Principal trombonist of the Royal Concertgebouw Orchestra, Jörgen van Rijen is here supported by his colleagues in Camerata RCO.
Works (7)

Jörgen van Rijen, a champion for his instrument as a vehicle for new compositions and adaptations of older works, makes a persuasive argument that the trombone has a rightful place alongside the piano, violin, cello, on the concert stage.

The project of adapting "Fratres", one of the best-known and most frequently recorded compositions by the Estonian composer Arvo Pärt, from his original instrument, the cello, to the trombone, is not as far-fetched in execution as it might sound in description. The trombone and cello cover nearly the same range of pitches, and in the hands of virtuoso Jörgen van Rijen, the sometimes unwieldy brass instrument can produce shades of tone color that approach the cello's range of expressiveness.

Van Rijen's adaptation of the music of Arvo Pärt draws support from Pärt's own history of adapting his works from their original forms into new arrangements for other instruments and ensemble sizes. In this practice Pärt is following a course set by composers of earlier centuries. The characteristic qualities of Pärt's "tintinnabuli" style, cleanly demarcated counterpoint voices, descending scale melodies, sparse textures, lend themselves to rearrangement.

What may be less convincing is the analogy Van Rijen proposes between J. S. Bach and Arvo Pärt as "brothers from different times", predicated on the notion that both composers drew inspiration from earlier musical forms and found a mode of expression in the "mathematics" of composition. Setting the liner notes aside; what this selection offers is an opportunity to accustom the listener's ears to the sound of the trombone in the Pärt selections as preparation for the greater shock of hearing Bach's concertos with a trombonist in place of the expected keyboardist.

Even allowing that the BWV 974, 972 and 981 harpsichord concertos were adapted from compositions by Alessandro Marcello, Antonio Vivaldi, and Benedetto Marcello, originally for oboe and violin soloists, Van Rijen's trombone might sound, on first listening, too weighty for the material. Listening to the SACD in sequence, with the shorter Pärt compositions providing a respite between the concertos, facilitates judging the performances on their own merits, rather than drawing comparisons to more familiar interpretations.

Camerata RCO, members of the Royal Concertgebouw Orchestra, of which Van Rijen is principal trombonist, offer their colleague sympathetic support in this endeavor. Tempi in the Bach concertos (set by Van Rijen, as director) seem a bit slower than in some historically informed performances, perhaps to allow the trombone to more cleanly articulate the complex passages. The performances of all the works are technically flawless, and emotionally nuanced; the Pärt compositions especially benefit from the Camerata's intimate orchestral sound.

Balance between the soloist and ensemble is skillfully managed by engineers Jens Braun and Hans Kipfer, at two recording sessions held in Singelkerk, Amsterdam.

Jörgen van Rijen's move to BIS adds another instrumental voice to the label's roster of distinguished soloists and innovative composers.

Great review, Mark. We need more new music and innovative combinations such as these. If we continue to look at the umpteenth remastered old (which I can understand for reasons I won't mention because someone will once more be cross with me) the musical landscape will not renew, innovate, and expand. Without it, we would still be in the middle ages (which, by the way, some of us like, is it not?).

Thanks for the vote of confidence, Adrian.

Contemporary classical music may place greater demands on the listener than familiar concert repertoire, but the effort is in service of a living musical culture. Without an audience, composers would be writing in a vacuum.