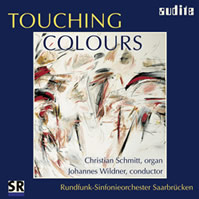 
Our first Surround-SACD will carry you off directly into the acoustics of the Gothic church St. Arnual. The listener is placed in the position of a concert-goer - orchestra and organ are powerfully built up before him, velvety carpets of string sound and dazzling sound mixtures surround him. The precision and power of the full orchestra are close enough to grasp, with the organ's tone colours present in every detail.

The sonic fascination and superiority of the SACD-Surround recording becomes obvious in this production. The works, the grand, colourful orchestra and the rich acoustics of the recording space, together with the quality of the interpretation, offer optimal conditions for this. This SACD release is also playable on any normal CD player, in that case with the usual CD quality. But whoever wants to experience the entire dimension of the sound and listen in to the depths of the cathedral's space should play this recording on a Surround-SACD player.

The works represent a mixture of classical, romantic and modern sounds, with Saint-Saëns and Strauss as romantic composers, Barber as a neo-romantic and Zabel as a representative of modern music. In the works of Barber and Zabel, the organ is used as a solo instrument in exchange with the orchestra; in the Saint-Saëns and Strauss, it is integrated into the ensemble sound as an orchestral instrument, as it were. All of the compositions have great musical intensity and richness of colour in common. 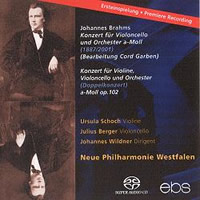 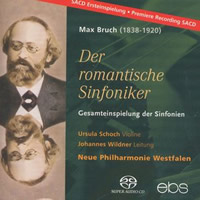