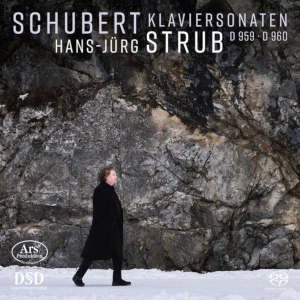 When I was young, I found Schubert’s piano sonatas, and especially his final trilogy, difficult. I preferred Beethoven’s architecturally structured ones. I clearly was not ready for the complexity of emotion and the poetry of its tale. To be able to fully absorb the deep imprint of the score, it not only needs a mature performer but it also, at least in my case, though I suspect in others’ as well, a mature listener. As far as interpreters are concerned there are, of course, notable exceptions. Like Martin Helmchen, who recorded at the age of only 25 an award-winning D959 for Pentatone (Schubert: Piano Sonata in A, Moments musicaux - Helmchen ). However, the champion in this field remains Alfred Brendel, whose later recordings (Decca) are hard to match.

I recently commented on pianists (and other soloists) being kept out of the limelight, despite being just as good, and in some cases even better, than ‘listed’ ones. But we must also realize that there may be other choices than traveling the world from hotel to hotel as a price to pay for being a prime soloist. Swiss-born Hans-Jürg Strub, who obtained in 1985 his solo diploma in Germany, is, according to the liner notes, “a pianist who is just as passionate about teaching”. And it is clear that such is not every soloist’s job and that we do need them for educating the next generation.

Next to his educational duties, Strub has recorded Mozart, Brahms, Berg, and, according to the notes, Rachmaninov’s second piano concerto. But his passion being predominantly with preparing young musicians for the international podia, it made me all the more curious about ‘will we hear a reading of a piano teacher or a soloist in his own right’. My answer is: Both.

For many pianists, these two Sonatas are a make or break affair. At first glance, they are not built in accordance with a clearly structured, architectural plan, such as in Beethoven’s sonatas. Schubert’s score is more like a patchwork of elements of a lived and near-completed life; a conglomerate of poetry filled with joy and powerful optimism against a backdrop of pessimism, resignation, and, indeed, completed only a few weeks before his death, a fair amount of quelled angst. If played without sufficient insight and understanding, these sonatas risk falling apart. This shouldn’t pose a problem for a professional piano teacher, sharing with his pupils “the awareness of musical interpretation’. And I’m pleased to confirm that in Strub’s case it didn’t. Every mood is expertly positioned in an overall, well-chosen combination of Beethoven’s strength and Schubert’s poetry.

If there is an element of criticism, it must be that in Strub’s reading scholarly perfectionism seems to be given preference over emotional feeling. But in comparison with Christian Zacharias’ reading of D 959 Schubert: Piano Works - Zacharias Strub’s interpretation, although different, was none the less able to live up to the required standard one may expect from a qualified and mature pianist. Even in the typical pitfalls of the second movement in both sonatas, Strub managed to keep the flow of sorrow going where so many less gifted pianists lose the listener’s attention.

As both sonatas do not fit on one disc, ARS Produktion grants us a double SACD of respectively 40:46 and 42:39 minutes for the price of one. Together with a by now widely known quality recording, made in their usual ‘home’ location Kulturzentrum Immanuel in Wuppertal, the acoustics of which are engraved into the finest detail in the mind of sound engineer Manfred Schumacher, we get a most valuable deal. I’m sure all Strub’s pupils will want a copy of this recital, and others may also want to investigate this unexpected treasure.