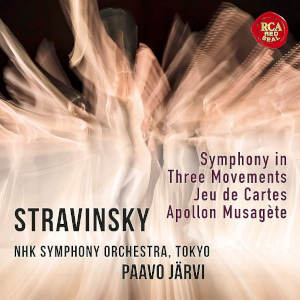 Is it possible for a recording to be too good? I was really impressed when I first listened to this SACD. The sound is delightful for its detail, texture and dimensionality. Everything sounds natural, from top to bottom (excellent, full bass!). And it's all bathed in a very nice hall resonance - maybe just a tad more than I would find ideal, but then I tend to like orchestral recordings a little on the dry/close side. So maybe the tymps could be a little more defined, maybe there's a touch of spotlighting here and there on the winds...but really these are trifles. The engineer, Tomoyoshi Ezaki, has been in charge of these Jarvi NHK recordings from the beginning, so he knew what he was going for in Suntory Hall, and this must be one of the best recordings in the series. The sound is truly a pleasure, and better than any other SACDs I have of these pieces.

But back to my question: could there at least sometimes be be a subjective down-side to more and more transparent recordings? This question only arose when I started listening to some other performances on SACD and CD, a couple of which I enjoyed more despite being able to hear less. I think there may be two factors at play here. Maybe these other performances are just better interpretations, better played/conducted – not that the NHK performances are anything other than beautifully played (and as usual they are live recordings made over two nights). And, second, maybe part of the reason I think they're better is because, with less discrete information to attend to moment-by-moment, more blending of instruments, I listen differently - I see more of the forest and less of the trees (more overall shape and structure/less texture) and this more "coherent" experience I think allows me to attend to the expressive aspects of the music better, such as they are in any given performance.

To be clear, I'm not asking for less detail per se. I think I would eventually notice and respond to interpretive differences between two equally transparent, sonically rewarding recordings, but whether one of them would then seem more coherent as a result of these noticed performance choices I'm not sure.

Anyway, looking briefly at each piece: the Symphony in Three Movements is very satisfying. It's a dynamic, energized performance, yet there's a fine balance between the more anguished and joyful sections of the piece, and the sheer beauty of the orchestration always shines through. There are other ways of playing it of course: Robert Craft/Philharmonia for example shaves 40 seconds off the first movement, making it even more urgent a statement (the symphony was composed in the U.S. between 1942 and 1945). There are a few other SACDs but the only one I have is Boulez/Chicago (2008), which I haven't listened through to (the sound is definitely not as good).

Jeu de cartes (1936), a "Ballet in Three Deals" for Balanchine, is surely one of Stravinsky's most beguiling and genial scores, and maybe a more difficult one to tie together, as it's constantly heading off in new or rediscovered directions. Craft notes: "Jeu de Cartes" is an example of melodic, rhythmic and harmonic ideas emerging helter-skelter from the composer's imagination and eventually used at remotely different places in the completed work." And although it's a lighter, even light-hearted piece there's still a dark side. The moral, said Stravinsky, referring to the political crisis in Europe, is "The evil spirt seeks to dominate and must be conquered: the group of hearts triumphs over the joker." There are few SACD alternatives. I have Abbado (LSO, 1974) a dynamic DG recording in drier, rather depthless sound, with excellent, refined playing but almost too vehement and sober-sided an approach from the conductor. The performance I prefer is Chailly/Concertgebouw (1996), with a good-for-its-time RBCD recording (Decca engineers certainly knew how to balance orchestras, and the tymps cut through, but of course there's much less detail) – finally issued in a 2003 Double Decca called Stravinsky Ballets. Chailly has a feeling for this music, and the orchestra really goes for the gusto. I don't mean just fast and together, I mean expressive, like they all know exactly what this music is about and what about it matters - part of which is sheer fun, but with a straight face. The joker's malice for instance has to be simultaneously threatening and cartoonish, because after all this is a musical fable. And, remember also, it's dance music, so it needs to move elegantly and well, to swing and flow. In my terminology this is a very coherent performance, where moment-by-moment shaping never neglects the longer line, or the new contrast. I don't think Jarvi and his players have the same degree of comfort and seemingly effortless freedom-in-control, but it's still a very good performance, and you should hear it in any case for the way it clarifies the orchestration.

Finally, Apollon musagète (1928) for string orchestra, Stravinsky's first U.S. commission and a key neo-classical dance work. Again the sheer beauty and fullness of the NHK sound is foregrounded, and given the slower pace one can really luxuriate and take great pleasure in the experience. There are various SACD alternatives - I listened briefly to the only one I have, Linn's Chamber Orchestra of Europe release (nicely recorded and with lighter textures). I also listened briefly to Chailly's RCO recording (1995). Here again I think it benefits from a degree of understanding/experience that the Japanese orchestra can't quite match. Take tableau 2 section 1, which is in part a solo for the concert master (Jaap van Zweden): hear him lovingly shape his statement, with touches of portmanteau and a subtle varying of dynamics that keeps the music constantly alive and touches the heart. Yet, the NHK is also lovely in its way, the violin sound to die for.

A final aside: I would love to read Jarvi's own liner notes for these NHK releases, but of course they are only in Japanese. If I could somehow get them into Google translate...

A very interesting perspective Tony.
Not sure where I would go on the subject.
Perhaps there is no such thing as perfection in recording or otherwise.
We should just try to get better and better!

Yes, a very interesting comment, Tony Reif. Though, reading what you say about some of the other recordings you own, I'm inclined to think that the "problem" (the quotation marks are important here) lies with the interpretation, not the extremely high resolution. But maybe you're right and it is the sound that's simply too good. It may also be that some pieces benefit more than others from an extremely detailed sound. Maybe these particular works happen to be better in a slightly softer sound. Who knows?

In any case, you certainly make me want to hear this release and I hope to be able to purchase it some time soon.

Yes re over-miking, though I don't hear much of that (or any?) on this recording. It has a pretty convincing orchestral perspective and hall ambiance (at least through my Hifiman Susvara). It's not at all analytical in a bad way, but it's so beguiling timbrally that I keep listening to the details more than taking the music in as a coherent evolving whole (which is easier to do if there's less detail to begin with). So this is probably just my limitation as a listener. If I got more familiar with the record and with these scores, which I really hadn't listened to much previously, my perceptions would shift, because I would be developing a better formal roadmap, would anticipate more of what's coming and experience more of how all the different aspects of the music relate to each other as it goes along. I would maybe end up re-evaluating the performances a bit as a result - but probably not that much, at least not in this case, because the recording's textual merits are immediately obvious and I think will continue to count for a lot. 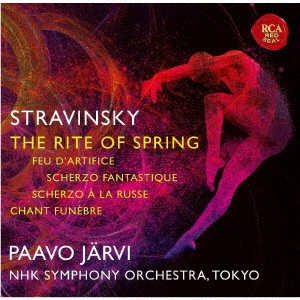