Note that a special 3D binaural rendering can be downloaded from the labels site spiritofturtle.com. With headphones (of course) this gives you a concert hall impression, with ...

Oops - thanks for the correction!

This is a surround delight. Just seen this for £0.98p + postage on Amazon marketplace. If you have a surround system then do yourself a favour. 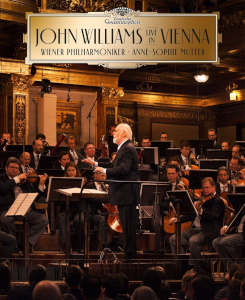 Only on Blu-ray Video: Harry Potter and the Philosopher's stone (Hedwig's theme)*, Sabrina (Theme), Far and Away (Donnybrook Fair), Star Wars: The Last Jedi (The Rebellion is Reborn), Cinderella Liberty (Nice to be Around)*, The Adventures of Tintin: The Secret of the Unicorn (The Duel)*, Schindler's List (Remembrances)*; John Williams in conversation with Anne-Sophie Mutter


When the legendary American film composer John Williams conducted the Vienna Philharmonic for the first time, Der Standard headlined its report “A Visit from God” and continued: “He was hailed by a standing, cheering ovation like God himself received by earthly disciples.” John Williams in Vienna documents this historical performance – “a very special honour” in the life of the composer. Symphonic Hollywood sounds on the stage of the Vienna Musikverein: the world-famous orchestra plays iconic themes from Star Wars, Harry Potter, Indiana Jones, Jurassic Park and other milestones in film history. Star guest Anne-Sophie Mutter performs violin arrangements made especially for her by Williams himself. Star Wars, Harry Potter, Indiana Jones, Jurassic Park: the soundtracks of John Williams, the master of cinematic magic, are among the most popular in the history of film and have received numerous prestigious awards, including five Oscars, five Emmys, four Golden Globes and twenty-five Grammys. Now the legendary American film composer has recorded the most famous, beautiful and touching of his cult themes for the first time with the Vienna Philharmonic. “Star moments of film music” was the headline of the Wiener Zeitung: “Hollywood’s grandmaster and the Vienna Philharmonic thrilled audiences with excerpts from his life’s work.” Williams’s two concerts at the Vienna Musikverein on 18 and 19 January 2020 were the first performances the composer had ever conducted in continental Europe. Working with the Vienna Philharmonic was, he said, “a very special honour” in his life. In addition to Williams and the orchestra, another exceptional artist was on stage in the first half of the concert: Anne-Sophie Mutter. Thus the conductor and the violinist continued the artistic partnership begun with their joint album Across the Stars. The new album, John Williams in Vienna, presents cult themes from E. T., Jaws, Star Wars, Harry Potter, Jurassic Park, Indiana Jones and other milestones in film history, plus a previously unreleased violin arrangement of the Devil’s Dance from The Witches of Eastwick made by Williams for Mutter, who also played along with the first violins in the Raiders March from Indiana Jones and the Raiders of the Lost Ark. Of course, the world-famous Imperial March from Star Wars couldn’t be left out. “One of the best performances of this march that I have ever heard,” Williams noted.

Superb Atmos sound on the Blu Ray. What clarity! What a bass response!

I expected to get a bang out of the big orchestral scores from the blockbuster films. I was a little deflated by the slow start, but I figured there would be payback toward the end. Instead what I found was that the violin solo segments were the highlight for me. I have a new appreciation for John Williams as a composer, now, and a higher appreciation for Anne-Sophie Mutter as a violinist. Those violin settings are superlative pieces of music, and Mutter makes the strongest possible case for them. She plays nearly half of the pieces in the concert, and I feel that she upstages the superlative Vienna Philharmonic and even the conductor himself in the person of the composer. I am so glad that this concert was able to take place almost on the eve of the world-wide shutdown. The blu-ray has brightened my home during this very bleak year.

Anyone currently considering this disc may be interested to know that Universal Japan have scheduled a SACD issue for February 2021.

I was lucky to be present at the concert in Vienna, and the Blu-ray manages to reproduce the sound experience perfectly (listened in 5.1 surround). The program gives a nice overview over 5 decades of Williams´ work and contains public favorites like Star Wars and E.T. as well as less known works like Cinderella Liberty and War Horse. I especially like the Mutter arrangements of Witches of Eastwick and Tintin. Those two, together with Close Encounters, War Horse and the Jaws excerpt should convince anybody of the breadth of Williams talent and musical abilities, regardless of one likes his rather backwards-oriented (in a good sense) style or not. A prized possession for me.

Sound quality: 5 Stars for Blu-ray 5.1, 4 Stars for the stereo track which sounds less spacious and a bit congested to me.

PS the Blu-ray contains also the shorter program from the accompagnying CD in high res Blu-ray Audio-only format. Unfortunately one needs a monitor to select it which counters the idea behind the pure audio format. 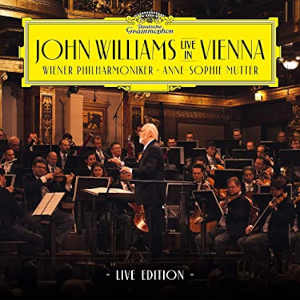 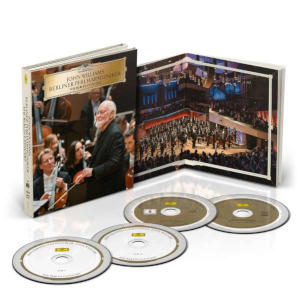 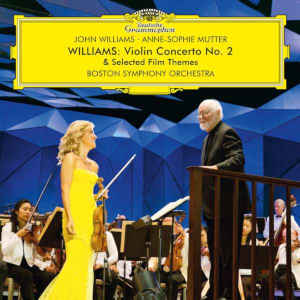