Kirill Petrenko and the Berliner Philharmoniker: The beginning of a partnership 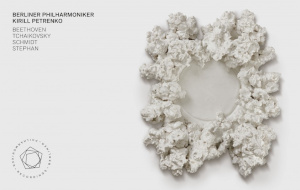 
In June 2015, the Berliner Philharmoniker elected Kirill Petrenko as their new chief conductor, he took up office a year ago. An exclusive edition now presents central recordings of this phase of anticipation and new beginnings. Performances of works by Beethoven, Tchaikovsky, Franz Schmidt and Rudi Stephan reveal not only the first important programme directions, but also the exciting, intensive music-making in this partnership.

A “musical snapshot of the early collaboration between the Berliner Philharmoniker and myself, and at the same time the initial spark of our association”, as Kirill Petrenko describes the edition in the foreword. Three repertoire strands are outlined here which are also important for the future. First, there is the music of Russia, which Kirill Petrenko grew up with, and is represented here by Tchaikovsky’s Symphonies No. 5 and 6. These are performances in which not only the passion and power of these works unfold fully, but also their details and fine nuances.

Another of Kirill Petrenko’s interests is that of unjustly forgotten composers. As examples of this, the edition presents two composers on the cusp between late-Romanticism and Modernism: Rudi Stephan and Franz Schmidt. The latter’s Fourth Symphony is presented here: music full of sonority and pain and at the same time a favourite of Kirill Petrenko.

And then – as a cornerstone of the partnership – there is German-Austrian Classicism and Romanticism. The importance of this repertoire to Kirill Petrenko is demonstrated by the prominent place Ludwig van Beethoven occupied in his concerts to open the 2018/19 and 2019/20 seasons, when the Seventh and Ninth Symphonies respectively were programmed. Both performances are also documented here.

The concert with Beethoven’s Ninth also marked the beginning of Kirill Petrenko’s tenure as chief conductor. The performance was not only a programmatic statement, but once again revealed the interpretative quality of this partnership. The Guardian wrote: “It was obvious why the orchestra wanted Petrenko. He has a gift for illuminating the innards of a score, […] his high-velocity Beethoven crackled with muscular rhythmic energy”.

This is a rather eclectic collection of works and the performances reflect the compilation to some extent.

Both the Beethoven 7th and Schmidt programmes were toured extensively in summer 2018 and the electricity of the music making reflects the enthusiasm the orchestra felt for their new music director-elect. In the Beethoven, Petrenko manages to wield the larger orchestra to the same thrilling musical ends that Paavo Järvi achieves in Beethoven: Symphonies 4 & 7 - Järvi; it is an enormously exciting and satisfying performance and encourages far more repeated listening than the account from Sir Simon Rattle (Beethoven: 9 Symphonies - Rattle) - oddly the sound here is also much closer in terms of detail to that afforded to Järvi.

The Schmidt is also tremendously involving and one can almost feel the engagement from the orchestra in a (relatively) unknown work. By comparison with Yakov Kreizburg's account (Schmidt: Symphony No. 4 - Kreizberg), it's fair to say that Petrenko evokes a more gripping and compelling longer line but that Kreizburg enjoy's better service from Pentatone (the Berlin recording is more than acceptable but it's not in the same league).

Sandwiched between these two marvellous performances is a very satisfactory Beethoven 9th. Unlike the account of the 7th symphony, it doesn't quite have the same chemistry and by comparison with (say) Paavo Järvi's account (Beethoven: Symphony No. 9 - Järvi) and the soloists are perhaps a little more 'operatic' than has become the norm recently. Again, comparisons with Rattle's set is all to Petrenko's advantage from both a musical and sonic perspective.

The performance of Tchaikovsky's 5th symphony is easily one of the finer accounts on hi-res media, arguably surpassing Mikhail Pletnev (Tchaikovsky: Symphony No. 5, Francesca da Rimini - Pletnev) musically if not (like the Schmidt) matching the sonic glories afforded by Pentatone. Here, Petrenko comes close to matching the visceral electricity of Gergiev's stunning concert performance with the Wiener Philharmoniker (sadly not hi-res). In general, tempo choices are (just) on the faster side with nothing dragging in the outer movements but still granting the glorious woodwind solos sufficient space for real poetry from the Berliners. Many conductors seem nonplussed or, almost, 'embarrassed' in the final bars of the finale; Petrenko makes the final perorations sound completely organic (and tremendously exciting).

To close this 'calling card' for the new musical partnership, we are treated to the third(!) account of Stephan's 1912 Musik für Orchester on hi-res media. Predictably, the orchestral palette here is more upholstered than in both Karim Abdullah's (Butterworth, Stephan: The End of Time - Abdullah) and Oleg Caetani's (Stephan: Orchestral Works - Caetani) accounts. As in the Schmidt, the Berliners are audibly stimulated by their collaboration on a 'new' work (to them) with Petrenko; this partnership is perhaps better at making a coherent whole of this somewhat episodic music but the studio accounts are afforded clearer sound.

The concert videos are, as usual from this source, sensitively edited. The interviews of Petrenko with members of the orchestra are frequently illuminating and includes a barely disguised plea (taken from the Rudi Stephan concert) for Petrenko to programme 'standard repertoire' with the orchestra!

Thanks for that John.
Seems a mixed bag and not helped by being solely in the Blu Ray format.
Will have to think twice!!!

Depending on how much the "plusses" appeal, I would strongly recommend it - even though you (like me) may end up skipping some of the performances.

I agree with John, I think the performances here are excellent.

How would you compare the Tchaikovsky 5th on this recording with the 2006 Ondine SACD 5.0,by Christoph Eschenbach, with the Philadelphia Orchestra?

Petrenko is much more involving than Eschenbach IMO and is consistently at a higher level of emotional engagement. Sonically, this is one of the better recordings from the Philharmonie; it's not a perfect acoustic but even making no allowances for this, the Berliner's tonal depth and brilliance is faithfully captured. The way the sound expands for the double basses is quite magnificent and very like that experienced in the flesh; at the other end of the spectrum, any open E strings of the violins (say) are equally clear. 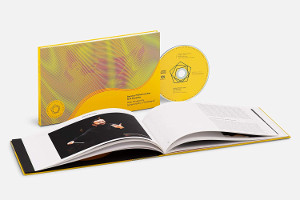