This disc has 3 layers: 2-channel RBCD, 2-channel SACD, and multi-channel SACD (called "Surround" on the label). Which layer did you sample?

Thanks, John, for helping me out. I was going to review this one but your comments will do. Although Bizet’s symphony, except for the beautiful second movement, is not one ... 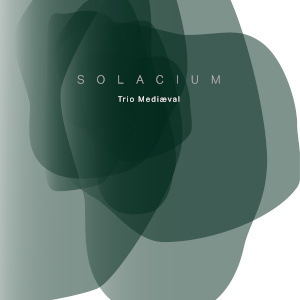 Collection of traditional hymns and lullabies


Trio Mediæval's collection of hymns and lullabies - intimate songs as old as time and as new as tomorrow: this is music with no boundaries, celebrating our common humanity. We'll never know the first song or the first singer, and we'll never know what they sang about. But if time could unwind and we could hear it, perhaps we would witness a mother or a father singing the first lullaby. When we sing a hymn or a lullaby we become a link in a chain that began in the unknowable past and will stretch into the infinite future: a timeless continuum of solace and comfort.

The new lullabies by Anders Jormin and Sinikka Langeland began in their heads as little musical gifts for real children, and are here sung for all of us by three singers who have sung many a lullaby to their own children, aided and abetted on this album by Trygve Seim, and Mats Eilertsen, fathers both.

Hailed as a "fascinating journey with music of timeless beauty", Trio Mediæval's highly acclaimed first album Words of the Angel in 2001 launched the group into the elite circles of early music ensembles and introduced them to a broad international audience. Formed in 1997, the Grammy nominated vocal ensemble consists of founding members Linn Andrea Fuglseth and Anna Maria Friman, and Jorunn Lovise Husan who joined the group in 2018. Trio Mediæval has recorded eight albums for ECM Records. Solacium is their first release with the Norwegian label 2L.

Immersive Audio is a sonic sculpture that you can literally move around and relate to spatially; surrounded by music you can move about in the aural space and choose angles, vantage points and positions. Dolby Atmos and the Auro-3D on this Pure Audio Blu-ray delivers a new standard in immersion, fully enveloping the audience in a cocoon of life-like audio. Recorded in discrete 7.1.4 at DXD resolution.

Trio Mediæval's collection of hymns and lullabies - hymns and lullabies - are intimate songs, as old as time itself and as fresh as tomorrow. This is music without borders that pays homage to our common humanity. We will never know what the first song was or who sang it. And we will never know what they sang about. But if we could rewind time and hear, maybe we would have witnessed a mother or father singing the very first lullaby. When we sing a hymn or lullaby, we become part of this chain that originated in a distant and unknown past, and which extends into an infinite future: a timeless, unbroken stream of relief and comfort.

The new lullabies by Anders Jormin and Sinikka Langeland began life as small musical gifts for children in real life, and are sung here for us by three singers who have sung many a lullaby for their own kids. Assisted and well helped for the occasion by Trygve Seim and Mats Eilertsen, fathers both.