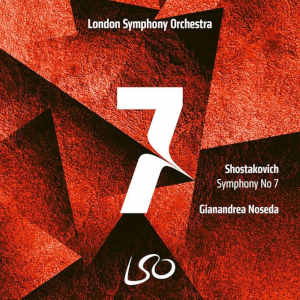 Gianandrea Noseda’s gradually emerging cycle of Shostakovich symphonies with the London Symphony Orchestra has now reached its fifth volume with this latest release of the composer’s Symphony No. 7 in C major Op. 60 known as the ‘Leningrad’. The events leading up to the work’s composition and its first performance are already so well chronicled that they do not need reiteration here, nor does the speculation among musicologists about the composer’s intentions in writing the symphony and its underlying ambiguity that became rife with the publication of Solomon Volkov’s book ‘Testimony’ in 1979.

This very impressive LSO Live release is just the latest in a number of recordings of the Symphony available in high resolution sound from which collectors may choose; thirteen are listed on this site though a number of those will be difficult to find.

Noseda’s performance opens with a welcome drive and authority that immediately captures the listener’s attention. In that respect he matches the unusually brisk and superbly recorded account from Paavo Järvi that is in complete contrast with the two recordings of the work from Valery Gergiev and his Mariinsky orchestra. Gergiev’s measured tempo (extremely measured in the case of his later recording) suggests a brooding unease well before the arrival of the banal ‘invasion theme’. Noseda is more lyrical at first, but with the LSO on blistering form he builds the movement’s central section to an appropriately shattering climax.

The two central movements benefit from Noseda’s scrupulous care with articulation and dynamics, and where some other versions struggle both emotionally and structurally that is not the case here, thanks to the excellence of the playing, especially from the woodwind and strings. The attacca finale with its many changing moods is a considerable challenge for any conductor and Noseda quickly elicits thrillingly energetic bite from his musicians. The mournful and reflective central section of this movement (7.17- 15.01), however, is too protracted with Noseda allowing the music to meander. Fortunately the tension is re-established in the build up to the work’s tumultuous closing pages which do not disappoint.

The performance was recorded live in DSD256 on 5th December 2019 at the Barbican by the usual Classic Sound team, who have mastered the difficult acoustic of the venue with considerable success. I did, however, detect a degree of congestion in the largest climaxes – hardly surprising with an orchestra of 100+ musicians on stage in a relatively small hall. Generally though the sound is spacious and clear with a wide dynamic range.

Those already investing in Noseda’s on-going and perceptive Shostakovich survey need not hesitate. Others may well wish to investigate the many viable alternatives on both CD and SACD before making their decision.

Thank you Graham for your excellent review. I agree with your observation that Classic Sounds have made huge strides in mastering the very difficult acoustic of the Barbican Hall. Colleagues who have dismissed LSO Live recordings in the past for poor SQ should reconsider recent recordings with an open mind.

It is not clear to me why the LSO has embarked on a cycle of Shostakovich recordings with a guest conductor, seemingly thinking it unnecessary to do so when Valery Gergiev was at the helm a few years ago. Even more puzzling to me with SSR in charge who is not to my recollection known as a Shostakovich-ian.

Nevertheless as a loyal collector of (most) LSO recordings Noseda's cycle has been added to our collection.

Noseda was a principal guest conductor of the Mariinsky in the past (and studied with Gergiev), so he has a grasp of Russian music. I wasn't surprised that LSO began a cycle with him. Of the Western conductors, he has more background in Russian music than most. Also Gergiev was recording a cycle with the Mariinsky forces, which LSO Live was distributing, so recording another cycle concurrently would have been unusual.

True. We seem to have lost the Mariinsky label.

The Shostakovich cycle was never completed as Symphonies 12, 13 and 14 were never released, perhaps never recorded.
Nothing has been released on the label now for some time, so yes, seems dead.
And with the status of Valery Gergiev now, it seems all over for this label.

Babi Yar (no 13) is of particular interest at this time of Putin's war in Ukraine. Now a northern suburb of Kiev but then a countryside ravine, it was the site of the horrific Nazi murder of many Jewish citizens of the city during WWII, events reflected and memorialised in the 13th Symphony.

There is an excellent recording of the symphony on Pentatone by Kirill Karabits which I recommend whole heartedly to those who have not included it in their collection. The 12th & 14th symphonies are equally neglected and require attentive listening.

Yes, well the Karabits 13th is great. However the RNO cycle now would seem to be in real jeopardy. It lacks the 2nd, 3rd, 12th, and 14th, all of lowest interest to most. And with the current situation, western recording in Russia is not likely to happen again for a long long time.

hiredfox, just as a side-note on Babyn Yar's location: it's not in a suburb, it's within the Kyiv city limits. I grew up 10 mins walk from it.

Appreciate the clarification DYB, thank you.

I hope that is not the case Steven, sanctions should not be aimed at cultural exchanges especially in the arts. Some channels need to be kept open even through these difficult times. 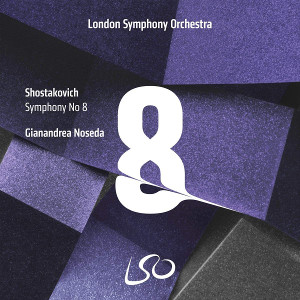 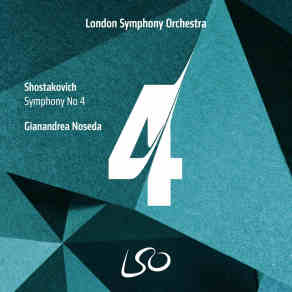 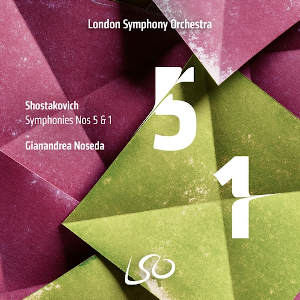 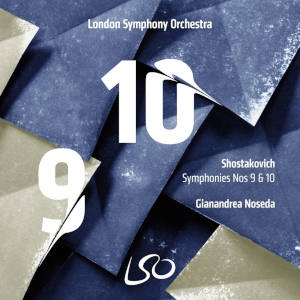