Some say the recent Blu-ray audio-only release that contains this 5.1 mix sounds better. How can it, if it contains the same mix and resolution? 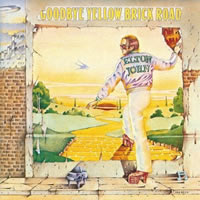