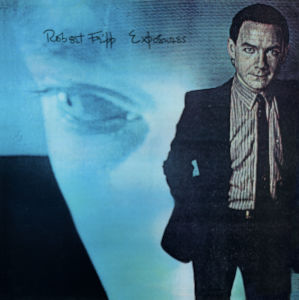 
The long-awaited 32-disc boxed set of Robert Fripp in the studio and in concert 1977 - 1983 will be released on 27th May 2022. The set will feature many previously unreleased tracks, outtakes and rarities as well as a number of tracks appearing on CD for the first time.

The largest in the series, Exposures is the ninth boxset release collecting King Crimson / Robert Fripp material from 1969 to 2008.

Featuring 32 discs (25xCD/4xDVD audio/4xBlu-Ray audio) presented in a 12” box with a 48-page booklet containing extensive notes by Sid Smith and Al Okada plus memorabilia such as tickets, posters, press releases, and more.

One of the most comprehensive boxed sets devoted to a single period of an artist’s career, Exposures features the complete collection of Robert Fripp’s studio and live solo material from 1977-1983, covering the period from the first Exposure sessions to the end of The League of Gentlemen and final Frippertronics concerts.

Steven Wilson mixes of Exposure in (in two versions), Under Heavy Manners, The League of Gentlemen studio recordings and numerous unreleased tracks from the albums’ sessions appear in Dolby Atmos, DTS-HD 5.1 Surround and 24/96 hi-res stereo audio on Blu-Ray discs 1 and 4.

Three DVDs feature the main albums in 5.1, quad and hi-res stereo. Twenty five CDs present material including the earliest existing master loops, all of the albums in new Steven Wilson and David Singleton mixes, plus original mixes newly mastered and a number of studio and live discs featuring previously unreleased and/or music new to disc.