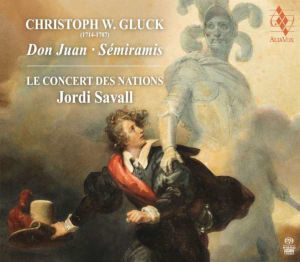 
In 1761, a year before his masterpiece Orpheus and Eurydice, Gluck was already largely renewing another musical genre, the ballet, in his adaptation of a work by Molière for Viennese audiences: Don Juan. A year later, this would be followed by another, Semiramis. These two works are innovative in that they offer for the first time a coherent narrative in which all the resources of the orchestra are placed at the service of expressiveness. Jordi Savall and Le Concert des Nations recover all the nuances of these scores, reminding us that, a quarter of a century before Mozart, the stages of Europe were being regaled with all the evocative power of music by another outstanding figure: C. W. Gluck.