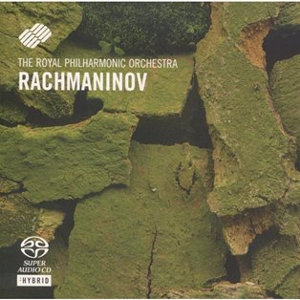 Vernon Handley, the champion of British music, may not be the first name that springs to mind when choosing a conductor to record this symphony. However when one remembers that not long ago he recorded the finest set of the symphonies of that “brazen romantic” Arnold Bax and that his mentor, Sir Adrian Boult did record this symphony (albeit with cuts) for RCA in 1957, the choice does not appear quite so odd. In fact, I think that as an interpretation this performance could take its place alongside some of the finest versions on record such as those by Sanderling, Previn and Ashkenazy.

Apart from the above recordings, I have compared this one with the SACD by Ivan Fischer and the Budapest Festival Orchestra on Channel Classics.

Handley takes a slightly more spacious view of the first movement introduction than Fischer. It never drags but it does give time for the gorgeous melodies to expand to the full. In the introduction it is good to hear the tuba so clearly add its weight to the lower strings, something I have not been conscious of in other recordings.

The scherzo is very well paced and, as in Fischer’s version, Handley divides his violins left and right which results in a particularly thrilling trio section. Overall this movement has the excitement that Fischer’s, taken at a rather more cautious tempo, lacks.

In the long breathed melody which opens the slow movement the BFO’s first clarinet phrases with perhaps more subtlety than their counterpart in the RPO, but the interplay with the bassoon is clearer on this recording and Handley’s full bodied romantic approach will suit many listeners more.

The finale is superb with Handley obtaining rich expressive playing of the ‘big tune’ but never wallowing in it. The build up to the end features great sounding bass drum and cymbals and spectacular horns. It is the sort of performance that makes you want to stand up and cheer.

The sound quality on this SACD, though not as refined as that for Fischer, has plenty of punch and richness with the mikes placing the orchestra further back in the hall and, as usual, the rear speakers providing a welcome degree of ambience. On the negative side there are not long enough gaps between movements (3-4 seconds) and, as with the others so far issued in Membran releases, the transfer level is high; so take care with the volume setting.

I really enjoyed Handley’s clear-eyed unsentimental approach to this symphony and can thoroughly recommend it.