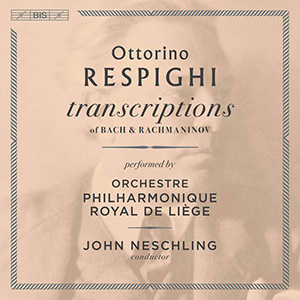 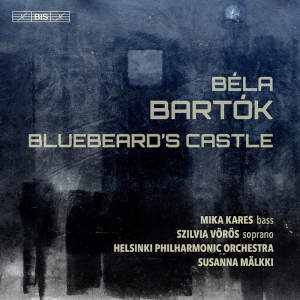 Tone lowering 'bonus' tracks aside this a good SACD, but comes with qualifications. Whilst I have no doubt that the original master tapes were used, it is pertinent to note ... 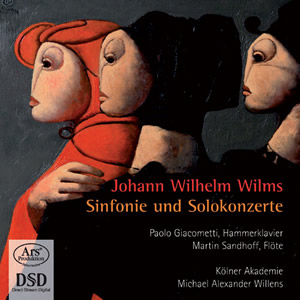 A review based on one listening session can be misleading. Composers who did not make it in comparison with the Big Names of their time were, generally speaking, often no more than providers of music for consumption, in ‘the style of’ Haydn, Mozart, and maybe even Beethoven. It is only upon repeated listening that one realizes that something is missing: Genius. In those days, however, public at large were not always able to distinguish, preferring familiar and mostly simpler melodic structures, demanding no special listening effort. Pop music, one might say (disrespectfully?). They did not stand the test of time.

But there were other composers, maybe not altogether of the same top caliber, but nonetheless thoroughly educated with an ear and inventive brain for melody, harmony and structure, who only had the disadvantage to be overshadowed by those Big Names. Besides: Not all of the Symphonies of Haydn live up to the same, high standard. And Beethoven? He, too, had his moments of lesser inspiration. Seen in this perspective, we do owe much to those who are able to dig out compositions that match this slot, thus enriching the musical heritage with numerous ‘forgotten treasures’.

Willens and ARS Produktion have done the musical community a big favour with this sample of Johann Wilhelm Wilms. A Dutch pianist and flautist of German origin, settled in Amsterdam, The Netherlands, mainly as a pianist, premiering piano concerti of Mozart and Beethoven, becoming later on a composer of contemporary renown and a piano teacher at the Royal Netherlands Academy of Arts. His output includes 7 symphonies, 8 published concerti, of which 5 piano, two flute and 1 clarinet, as well as 2 symphonies concertante. His Dutch credentials were firmly established by setting the poem ‘Wien Neêrlands Bloed in de aders vloeit’ (Whoever has Dutch blood flowing in their veins) to music, which served as the Dutch national anthem from 1815 to 1932.

The survey on this disc is a well-chosen sample of his oeuvre, consisting of a piano concerto (Op. 12; the second in the series), a symphony (Op. 14; the third) and a flute concerto (Op. 24; number three in the solo concert series). Each with its own particularities.

The piano concerto, written for pianoforte, opens with an introduction of no less than 3’10’’, almost a quarter of the total duration of the first movement (13’04’’). It sets off as a kind of military march, giving the piano a dominant role as,in those days, demanded by confirmed virtuosi. However, in the course of the first movement martialism slowly makes way for more dialogue between soloist and orchestra, notably the oboe. The excellent liner notes hint in this respect at the special relationship between the dedicatee, Mademoiselle Scrivanek, and her father, oboe player in the Amsterdam orchestra which premiered the concerto.

If a winemaker were to describe the third symphony, it would probably read something like this: A traditional nose, followed by a refreshing blend of delicate passagework and passionate decisiveness, with clear hints of Haydn and Mozart, and a typical, personalized aftertaste of humour and wit.

Wilms’ symphonic output fell in oblivion soon after his death, only to be rediscovered and recorded quite recently (CPO and DGG), this third symphony being the only one available in Super Audio.

Wilms saw his flute concerto as a valuable contribution to the few existing solo concerti for this instrument. (He may not have known that the French flautist, Devienne, wrote in the wake of the Age of Enlightenment, more than a dozen attractive concerti for his instrument). Being a flautist himself Wilms knew how to best handle it. Brilliant showcase writing for (very!) competent flautists with well structured orchestral support.

For me this is the best part of the disk. Not that I’m suggesting that it surpasses Mozart’s two concerti, but it does have elements demanding our special interest. After a short introduction the flute sets in modestly, joggling back and forth with the wind players in the orchestra, giving them, as it were, an added value solo part, thus creating a musical texture which may be called unique.

As with many so called ‘less famous’ composers, it is of importance that their music is performed by first rate musicians to properly expose and highlight their strengths. Willens and his Kölner Akademie can safely be trusted with the job. Playing on historic instruments and always able to strike the right balance between individual members of the orchestra, at the same time ensuring that the soloists are an integral part of the total orchestral fabric.

Finally, with such competent soloists as the Dutch-Italian pianist, Paolo Giacometti, and Martin Sandhoff, founder, solo flautist and Artistic Director of sister orchestra ‘Concerto Köln’, one cannot but conclude that the overall result not only makes for exquisite and most enjoyable listening, but also gives a not to be missed opportunity to widen one's scope of the musical value of the lesser known composers of the pre-romantic aera.

The DSD recording, although not quite the best in this series, is up to the required standard. 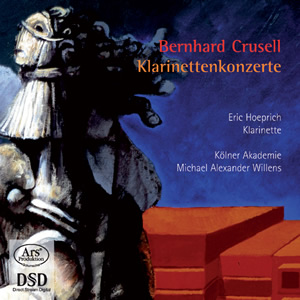 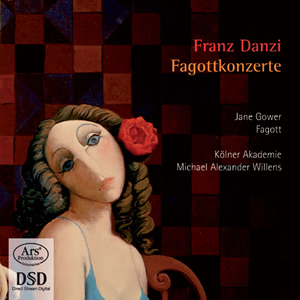 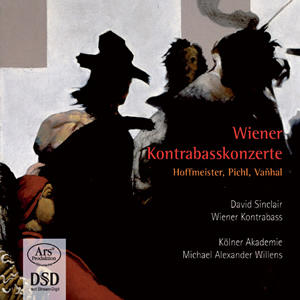 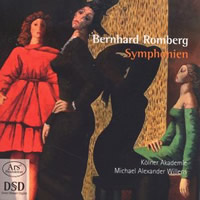 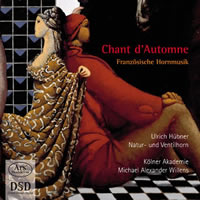 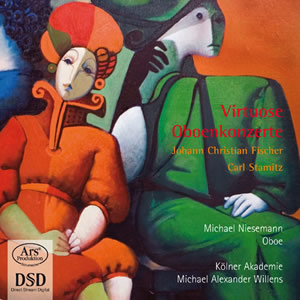 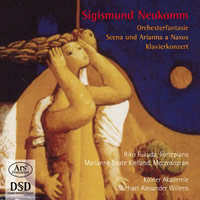 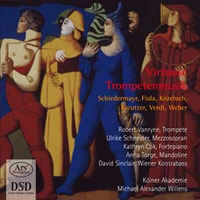 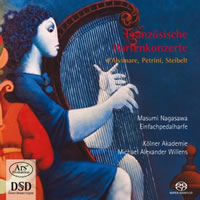 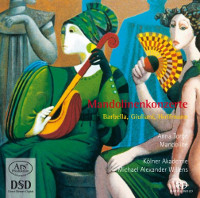 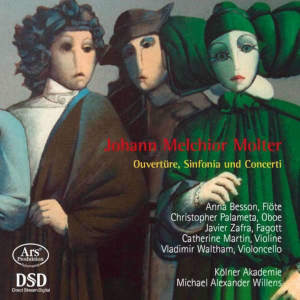