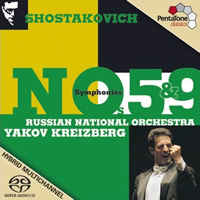 This is a fine addition to Pentatone's stable of Shostakovich symphonies. It is maestro Yakov Kreizberg's turn on the podium for this release. Interestingly, Pentatone have used different conductors for their Shosty syms releases thus far though all have recorded with the Russian National Orchestra. I listened to Sym 9 first as the appetizer for the main course. Kreizberg tends to take a more romantic approach with this work than some who have a tendancy to treat it similarly to Prokofiev's 1st symphony. The moderato and largo movements are both taken a bit slower than normal adding more gravitas than usual. In the context of his conception, this works nicely. While not one of Shosty's more profound works, the peformance here was a pleasure to hear.

Sym 5 is my second favorite Shosty sym (after No. 8). Here Kriezberg adopts a middle-of-the-road approach - nothing taken too swiftly nor too slowly. I did find it just a bit lackluster but others might hear it as heart-felt. I have heard many recordings of this work and my favorites are Haitink on Decca and Levi on Telarc (both are excellent rbcd recordings). On SACD, I have this same coupling from Gergiev who squeezes all of the juice from both works - he is exciting in the extreme. Nonetheless, I think the Pentatone has the more satisfying performances for the long term (with better sound too).

As to the sound, I find it mostly successful (stereo). The massed strings sound just a tad bit vague to me and the brass/winds lack the last degree of natural bite. The recordings were done in a Moscow studio and the sound is spacious - almost too much space for my tastes. I am being quite picky here but then again I have high expectations for recordings from Pentatone. Recommended.

This volume of PentaTone’s continuing survey of the Shostakovich symphonies puts it in direct competition with Valery Gergiev’s coupling of the same two works for Universal. The quality of the orchestral playing on both SACDs is excellent, although it must be said that the PentaTone recording is finer than the vivid, but rather too up-front sound on the Gergiev version. In addition, the Russian National Orchestra’s layout, with violins divided left and right, pays dividends throughout and certainly clarifies the instrumental lines.

However, when it comes to performances a clear choice becomes more difficult.

Kreizberg opens the 5th symphony with fine attack and builds up slowly to the main allegro, which is very excitingly played with crisp trumpets and buoyant rhythms. The conductor’s exhortations are faintly audible as the impressive climax is achieved, although the important tam-tam stroke that crowns this section is rather buried in the texture.

The Mahlerian Allegretto is played with great precision, but with more deliberation than on many versions. The recording captures the antiphonal violin pizzicatos from 3m 44s most beautifully. Kreizberg thankfully avoids the mannered ending to this movement adopted by Gergiev.

The Largo is very slow with hushed string playing of great intensity that achieves a wonderful feeling of stillness, but I wish that the poignant oboe solo had not been marred by an extraneous ‘clunk’ at 6m 36s – a small irritation that could have been avoided.

It is with the Finale that I have concerns about Kreizberg’s interpretation, and at a total playing time of 12m 44s it is the slowest of the many versions to which I have listened.
The opening is terrific, quite fast but not rushed, with pounding timpani and blazing brass, giving a feeling of the unleashing of tremendous power. However, from the middle of the movement to the final bars Kreizberg goes for a slow-burn approach that is definitely the antithesis of Bernstein and many other conductors. He maintains what for me is an agonisingly slow tempo right up to the end, even making a brief rallentando at 9m 31s. The result sounds overwhelmingly ponderous and bombastic. Of course, it could be argued that this is exactly what Shostakovich intended, but here it really does seem to be overdone.

I have no reservations whatsoever about the performance of the 9th Symphony.

The first movement is played with great brilliance, and although the tempo Kreizberg chooses for the Moderato is again slow, it never drags but offers the opportunity for some very expressive woodwind playing.
The Presto is taken at a very fast pace, thus making an effective and even greater contrast than usual with the previous movement. It is full of crackling energy and once more the excellent woodwind section of the RNO shine. The bassoon solo over hushed strings in the next movement is quite magical while the performance of the finale, featuring some amazing trumpet playing, brings out all the mock circus humour of the music.

PentaTone’s recording is, as usual, quite outstanding, combining both clarity and spaciousness. The Polyhymnia engineers, working in DZZ Studio 5 in Moscow, have managed to capture the wide dynamic range and impact of these works with ease – no mean achievement.

This recording can be recommended unreservedly for those who can accept Kreizberg’s approach to the 5th Symphony’s finale.

As with the other discs in this series, the accounts and recording are both superlative and must be considered amongst the top choices even in this popular pairing. The Pentatone disc quite erases memories of Gergiev’s disc on Philips.

The fifth symphony is given a most searing and intense account. I have never heard such a dramatic climax to the third movement allied with clear and precise playing – it is a wonderful but tragic moment that makes the heart ache with sorrow. The Moderato is despairing in the declamatory opening string phrases which settle into a forlorn acceptance of fate at the movements end. The Allegretto is biting in its sarcasm – a feature that the Russian National Orchestra brings off with great style and in their straight-forward approach give even more irony to the music. The Allegro non troppo is certainly not the fastest on disc; indeed until the coda, there is no hint of sluggishness aided by the wonderful crisp playing from all the orchestra. Kreizberg then chooses to undermine any sense of celebration by adopting a very deliberate tempo for the close of the work – the “joy” evaporates and there is a grim undercurrent that the major tonality barely manages to cover. This transforms the symphony into a work that looks ahead to the wartime works with frightening prescience.

The ninth symphony is given an astonishingly contrasted reading under Kreizberg’s baton. The opening movements are given such delightfully characterised readings that it is hard not to laugh out loud during these moments. By turn, the inner movements are in keeping with the traumatic elements of the earlier work – it is unusual for this pairing to work so well in tandem but here it is done with fantasy and imagination.

The recording is a model of its kind and has extended Pentatone’s heights to further elevations. The sound-stage is vast and is so-well balanced that even with such large forces, the walls of one’s own home vanish completely – no mean feat! 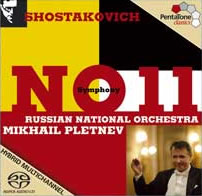 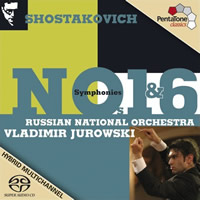 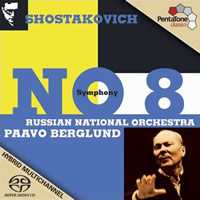 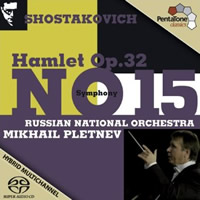 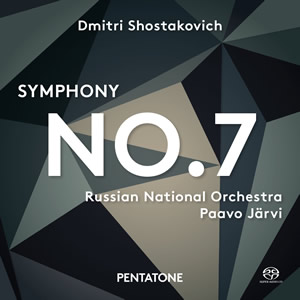 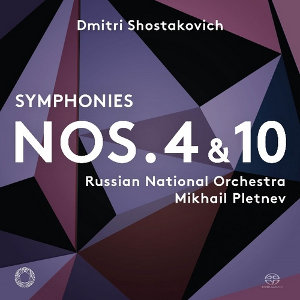 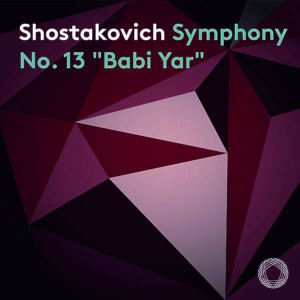