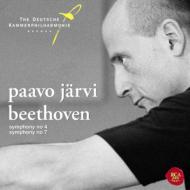 This is the only disc in the Järvi cycle where the marketing department did not put the higher number symphony first. As it turns out, this was apt, since the 4th often hides its virtues and is rather neglected. In fact, the pairing of the 4th and 7th is also propitious, because both are deeply founded on rhythm rather than themes or harmony. Beethoven was the Stravinsky of his period. He took rough-humoured country off-beats and syncopations from his teacher Haydn, developing them until they became an integral fabric of his symphonic thought - and a reflection of his own personality as reported by many observers. The wonderful cooperation of Järvi and the Deutsche Kammerphilharmonie Bremen here brings out the rhythmic inspiration of these two symphonies as rarely done before.

The Fourth Symphony of 1806 looks back to C18th models, but it is a work following the great path-changing Eroica, and so explores new twists on old patterns. Schumann's pithy description was "a slender Grecian maiden between two Nordic giants". The long, teasing slow introduction to the first movement arrives from the DKB with hushed, tense tones and a mysterious atmosphere. This is the calm before the storm, before the band unleashes the Allegro vivace with a whirlwind of energy and remarkable virtuosity, at a pace close to Beethoven's metronome mark. The first subject, it should be noted, is yet another based on the notes of the common major chord, as are many of the sonata form movements of this pair of symphonies - creating a subtle thematic link in the minds of listeners. Sudden slips into lyrical geniality (second subject) are handled without any noticeable changes in tempo; all repeats are taken as usual and the development is a wonderfully spicy rhetorical dialogue, with thematic fragments tossed left and right by the violins and from front to rear by winds and strings. Buoyantly-played syncopations and cheeky asides show the players revelling with boundless enthusiasm in the sheer fun of this playful movement.

The 4th's Adagio melody flows sweetly above rapid rhythmic staccato accompaniments from the lower strings which are articulated with astonishing clarity and precision, and the recording balance captures the layered textures with much greater clarity than ever before. The Scherzo, with another motive based on the B flat major chord, is blustery, disruptive and delightfully eccentric, albeit with a calmer, chatty trio, itself disrupted by the tympani. The normal metrical three beats per bar rhythm here is converted by a neat trick into a perception of two, and the deft playing of the DKB seems to follow a game of trying to reach a stable three in a bar. Järvi serves up a sunny and dashing Finale, exuberant and full of felicitous detail - a giddy bassoon, woody clarinet solos and bubbling flute-led wind choirs. The clear articulation of the three double basses lifts the frequent sforzandos and syncopations with pent-up energy, in a movement where the individuality and spontaneity of the DKB players is fully engaged.

"The apotheosis of the Dance" was Wagner's comment on Beethoven's Seventh Symphony (1812) - one of his pithier epithets on another composer's work. Järvi handles the slow opening's gradual transition into the Vivace masterfully, building up the tension from a stately sostenuto to the cumulative rhythmic power of the first movement, reaching positively Dionysian celebration with the horns and trumpets. As usual, all the repeats are taken and the DKB players take care to slightly vary expression in repeated sections, so the movement's organic form is not compromised by obvious repetition. The Coda's famous repeated growling ostinato from the basses has never been more powerfully played or captured; the DKB's three bassists produce a depth of resinous tone and articulation which puts most symphony orchestra's 10 basses to shame.

Symphony 7's slow movement is justly famed, one of Beethoven's most original. In the disc's booklet notes, Beethoven scholar Peter Schleuning refers to the movement as a funeral march, for which I can find no convincing documentation. It may be in 2/4 time, but it is marked Allegretto - unthinkable for a funeral march, especially at Beethoven's metronome mark, which is closely adhered to by Järvi. I prefer to think of it as an elegant gavotte, as its "theme" is mostly a rhythmic repetition of a single note. Even at this flowing tempo, the DKB players retain the music's still centre and serene progress, and all textural strands are luminously exposed. There is no self-indulgent over-shaping of phrases; for Järvi this is clearly a Classical movement. A fugato eventually interrupts the prevailing dactylic rhythm, becoming grandiose and assertive, and in the Coda all the instrumental choirs express the deep, dark emotions running beneath this piece by exchanging fortissimo and pianissimo exclamations.

Järvi and his team hit the floor running for the 7th's mischievous Presto scherzo with high spirits and breath-taking precision of ensemble. Sheer joy for the listener, their buoyant rhythms and flashy showing-off antics are truly comic. The trio begins with coyly, then bursts into radiant majesty as the horns take over - the accurate pitching of the 3rd, very low horn is immaculate. At each of the several repeats of the trio, the playing is subtly and inventively re-nuanced. I would certainly have bought this disc just for the élan of this one movement.

Rhythm also dominates the Finale. Beethoven's scheme of a strenuous circling figure with a strong accent on the second beat of the 2/4 bar often becomes heavy and metrical, but Järvi and his team realise that the true rhythm lies within four-bar repeats. Beethoven notates this more clearly in the scherzo of the Choral Symphony by adding an instruction "ritmo di quatro battute", indicating that the true rhythmic cell is four bars, not one. A more lilting and impelling effect is generated, exciting the horns to play out almost dangerously. This movement has heroic basses, digging in for all they are worth, and a sense of spontaneous abandon which is remarkable. An Apotheosis, without doubt.

I have said little about the Polyhmnia recording, such a vital ingredient in the success of this Beethoven cycle. Put simply, it is fully at the service of the music, and no recording can have higher praise than that.

Once again, Järvi and his band have captured Beethoven's wilful and often irascible character, rhetoric, polemics and sheer genius in fully-charged performances which also reveal his deep humanity. They certainly should number among the elite. 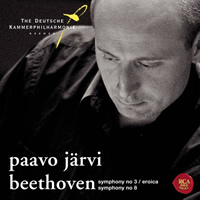 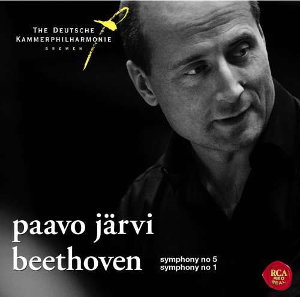 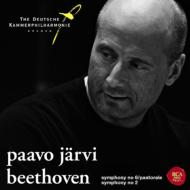 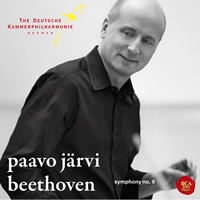 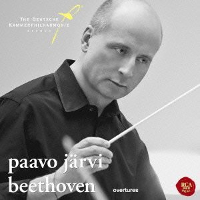 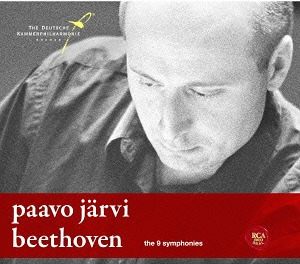 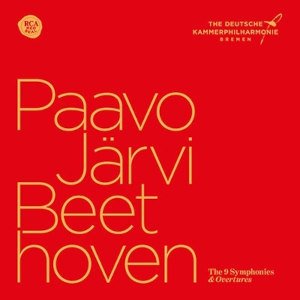