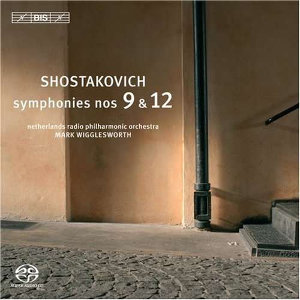 
Among the many discs released during last year's Shostakovich anniversary, one that received particular notice was Mark Wigglesworth's recording of Symphony No. 13 'Babi Yar' with the Netherlands Radio Philharmonic Orchestra]. In the International Record Review the performance was hailed as 'probably the most convincing Thirteenth to have appeared in the West', while the French magazine Diapason commented on how the various facets of the composer was brought out: 'the scathing humour, the sense of the grotesque, the satiric spirit and the secret messages ... in sum, a vivid and true vision'.

Mark Wigglesworth, described in the BBC Music Magazine as 'the finest Shostakovich interpreter of his generation', has already recorded seven of the composer's fifteen symphonies for BIS, beginning this great project with the BBC National Orchestra of Wales and continuing with the Netherlands Radio Philharmonic Orchestra – a collaboration which began with the 2005 release of Symphony No.8, in what The Sunday Times described as ‘a fine performance of deep understanding.’ The team now returns with their renditions of Symphonies Nos 9 and 12.

As Mark Wigglesworth observes in his own liner notes, these two works posed serious problems for their creator. Following on the heels of his two great war symphonies, the Ninth was generally expected to be a celebration of Stalin and the imminent victory over the Nazis. Shostakovich wanted to avoid any such programmatic interpretations and therefore came up with what Wigglesworth describe as ‘a pure and perfect, almost neoclassical work’.

16 years later, Shostakovich was commissioned to write a work commemorating Lenin and the 1917 Revolution. Again reluctant to comply with the expectations of the Soviet state, he now took exactly the opposite approach and wrote his most programmatic symphony. One of the greatest film music composers of his time, Shostakovich used his well-honed technique to conjure up brilliantly the atmospheres and events of the revolution, thereby avoiding having to make any personal comments on it or its leaders.

Those who have purchased the earlier two SACD releases in Mark Wigglesworth’s on-going survey of the Shostakovich symphonies for BIS will already be aware of their excellent qualities. Wigglesworth adopts a thoughtful and serious approach to these works and his conducting, eschewing any flashiness or element of interpretive hubris, goes straight to the heart of the music.

The SACD catalogue is not short of good performances of the 9th Symphony, but this one is quite outstanding thanks to this conductor’s clear-sighted vision of the piece. The opening of the first movement immediately impresses with its buoyant rhythms and crisp orchestral playing, particularly from the splendid woodwind and brass sections of the excellent Netherlands Radio Philharmonic Orchestra, while the following Moderato flows gently at Wiggleworth’s tempo, avoiding any heaviness or tendency to drag. A similar lightness and delicacy extends to the start of the Presto which then explodes at (1.10) with the most brilliant and authentically Russian sounding trumpet playing imaginable. The lamenting bassoon solo of the Largo, played with much sensitivity by Jos Lammerse, and its gradual emergence into the final movement of the symphony is handled with much wit. In the accompanying booklet notes, written by the conductor, Wigglesworth refers to the playfulness of the music as ‘nose thumbing of a court jester’ and this is exactly how it emerges here.

Symphony No. 12 ‘The Year 1917’ is often dismissed as Shostakovich’s weakest symphony, a mere piece of Soviet propaganda, but, as expected, Wigglesworth treats it seriously and in this very exciting performance it gains immeasurably in stature emerging as a much finer work than many critics would have you believe.

The opening of ‘Revolutionary Petrograd’ on the lower strings is steady and slightly understated rather than epic, but Wigglesworth then screws up the tension bringing the movement to a thrilling climax. ‘Razliv’ is played with intense feeling, which provides the opportunity for some wonderfully expressive playing from individual members of the wind section of this fine orchestra. The interchanges between pizzicato strings and timpani at the start of ‘Aurora’ are astonishingly clear and well defined and the conductor builds this movement to an overwhelmingly savage climax with a massive onslaught of timpani and percussion, reproduced here with stunning impact. In the final movement, ‘The Dawn of Humanity’, Wigglesworth’s slow-burn approach again pays dividends and the powerful coda, which can appear as overblown and bombastic, here emerges with both elemental power and nobility.

In both symphonies the BIS 5.0 recording is absolutely magnificent and captures the full dynamic range of the music, from the quietest string pianissimos to the loudest percussion onslaughts, with astonishing fidelity. It is recorded at a slightly lower level than some other versions of these symphonies, so to appreciate its exceptional quality to the full, it may be necessary to increase the volume control a little.

I hope that we will not have to wait too long for the next issue in this invigorating cycle. 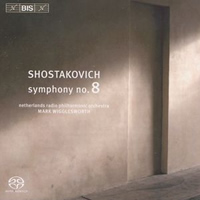 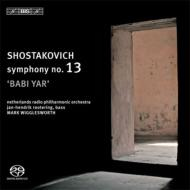 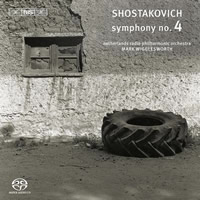 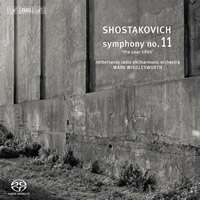 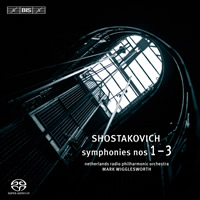 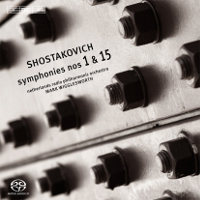 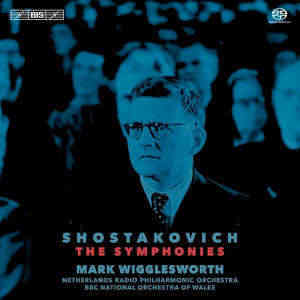