Sixty years after its release, "Kind of Blue" can be streamed instantaneously, anywhere with an Internet connection, in good fidelity. Yet jazz-loving audiophiles continue to acquire the album in each new iteration, eternally hopeful that THIS will be the best version, the one that justifies the high cost of our audio systems and the inordinate amount of time we spend reading (and writing) reviews and discussions.

For some collectors, the present SACD, Sony Japan (SMEJ) SICP-10083, will be THE version to own.

It was mastered a few dB louder than the US Sony SACD and the MoFi SACD. File conversion (DSF-DXD-DSF) with gain reduction facilitated an A/B comparison. The Sony Japan SACD is clearly better mastered than the original US Sony release; Bill Evans' piano on the US SACD sounds thin by comparison. Switching between the Sony Japan and MoFi SACDs reveals substantial differences in sonic signature: Paul Chambers' bass is firmer and Jimmy Cobbs' cymbals are brighter. The timings are also a little different from the other versions.

The differences in timings and sound quality suggest that Belden and Wilder's 1997 remixed master analogue tape was sourced by Sony Japan engineers, perhaps with EQ sweetening, to create a new DSD transfer for this SACD issue.

My personal preference among the three Kind of Blue SACDs in my collection remains the MoFi release, but the Sony Japan disc offers a more vivid sonic presentation. And unlike the MoFi disc, which is stereo-only, the Japan Sony disc contains an MCH program described on the label as "Multi-5.1 ch".

I agree with Gilles, and with comments by Claude on the old site about the superior sound quality of the 2007 Sony Japan SACD SICP-10083.

The fronts and centre are discrete. But the rears sound allmost identical to the fronts with a about 5dB lower sound level. Some may call it ambience. But when switching from surround to stereo and back, I hear less difference than usually with ambience mixes.

There is a youtube video, explaining the fronts and center are from the original three master tape. And the rears are from a 21st century recording, recording the playback of the three original channel. With microphones placed in such a distance that an appropriate reverb effect is created/recorded. This is in accordance with the listening experience. So it could be true.

Basicly its three channel with abstracted ambience in the rears.

Ad Rhenum: thanks for answering the question and resolving the mystery. Using the available rear channels to add room ambiance seems like a good idea, but from your description, capturing live playback of the front channels doesn't seem to have worked very well. Perhaps the engineers didn't have a large enough soundstage to place the microphones far enough away from the loudspeakers to create a realistic room effect.

Just for completeness: I found the info about the rear channels in a youtube video:
https://www.youtube.com/watch?v=Ls9ns2tH4Q4, at 1 min 34 sec.
(link placed on quadraphonicquad.com, in a discussion about this title)

And as for the added room ambiance, preferences differ. Personally I prefer it, that remasters stays as close to the original as possible. In this case a 3-channel (FL+C+FR) edition might have been more appropriate.

Like Analogue Productions did on Miles Davis: Someday My Prince Will Come and on Seven Steps To Heaven 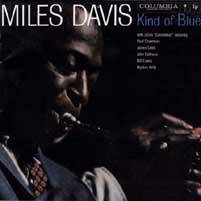 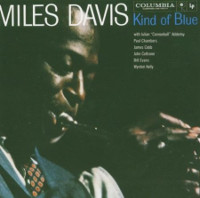