The Rolling Stones: Through the Past, Darkly (Big Hits, Vol. 2) (US)


Through the Past, Darkly (Big Hits Vol. 2) was originally released in September 1969, and is the second compilation album of hits by the Rolling Stones, following Big Hits (High Tide and Green Grass). Through the Past made a huge splash on both sides of the Atlantic, reaching #2 in both the U.S. and UK. The album includes numerous Stones’ classics including “Jumpin’ Jack Flash,” “Let’s Spend The Night Together” and “Honky Tonk Women.” 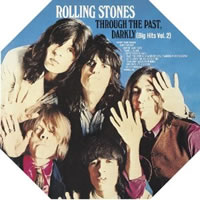