There is no question that the Russian National Orchestra is a very fine orchestra indeed, as many will recall each player was hand picked by Mikhail Pletnev back in the '90's. ...

HF, remember the Pentatone Shostakovich recordings were originally stated to be recorded by the Russian National Orchestra with different conductors. A few years ago when ... 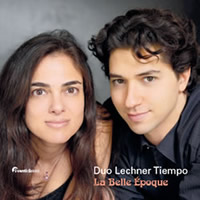 Where do Avanti find their artists? One has to ask for they turn up quite a sensational set of pianists one after the other and these siblings (Karin Lechner and Sergio Tiempo) are no exception. There are only two "genuine" works for a duo here and one of them, Milhaud's brilliant Scaramouche opens proceedings. Quite electrifying playing immediately fills the room as the young players sound, figuratively speaking, as though they are dancing along to the outer movements high spirited music - it must be noted that they are suitably reflective in the central "Modere" movement and altogether this is a wonderful rendition.

Scarcely after one regains composure after the Milhaud, does one of the most outrageous transcriptions this listener has ever heard caress the ear. It is hard to imagine for those who have yet to hear this duo in action but their playing of Ravel's second suite from Daphnis et Chloe leaves little to the orchestral version. A simply ravishing account of Lucien Garban's virtuosic transcription that the Duo Lechner play with considerable finesse.

Central to the programme is Faure's Dolly suite (the only work here for 4 hands, 1 piano) and Duo Lechner are sensitive to the more reflective nature of the music and grant it a clean, simple rendition that merely leaves a smile on the listeners face. The one (relative) disappointment follows - Nuages and Fetes from Debussy's Nocturnes in the famous Ravel transcription. Unlike the celebrated account from Josef & Rosina Lhevinne, the Duo Lechner are too fast to give a feeling of weight and space where needed.

Last up is Ravel's transcription of his own La Valse and it is given a quite exceptional reading here; many will have heard orchestras produce less colour than the Duo Lechner do here. Reflective where called for, the faster movements are thrillingly dispatched in a white-knuckle ride that has one perched on the edge of one's seat. Fortunately, despite all the many thrills, there are no spills and one merely wishes to have been present when this marvellous rendition was set down.

The recording is a very fine stereo mix, despite what it says about a multi-channel track being present on the back of the cover and on the inside cover to the notes. For all the natural richness and brilliance of tone - one of the best renderings of 2 pianos yet - the positional locationing of the instruments is not as clear as it would undoubtably have been with the extra resolution of surround.

Even for multi-channel addicts (such as myself) this is a disc that cries out to be heard and then heard again! Enthusiastically recommended. 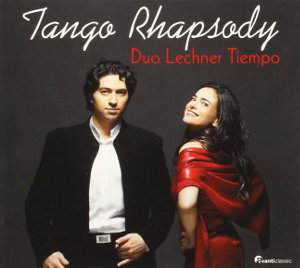 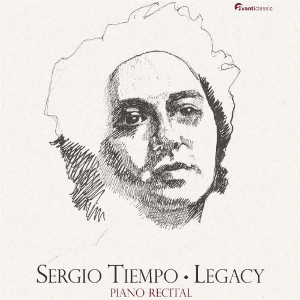