My comment is not about this particular recording but about Universal Japan's SACDs of great analogue recordings in general. The above set, which came out in September, was ... 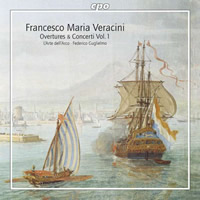 Although Francesco Veracini was known as a capo pazzo, as a hothead or madcap with whom it was not exactly easy to remain on friendly terms, he numbered among the star violinists and popular composers of his time. He learned to play the violin from his uncle Antonio Veracini, with whom he frequently and very successfully concertized. The rare violin concerto, two sonatas, and two overtures for orchestra on this recording serve to illustrate the complex versatility of the composer Veracini, who lived and worked not only in Italy but also in Dresden and London. While Veracini followed contemporary taste in his violin concertos and composed according to the strict criteria of the Venetian and Vivaldian concerto, his musical bequeathal to posterity is mainly formed by his virtuoso sonatas and by his lavishly orchestrated and harmonically bold overtures, which very much enhanced – rightly so – his renown as a composer during the early eighteenth century. 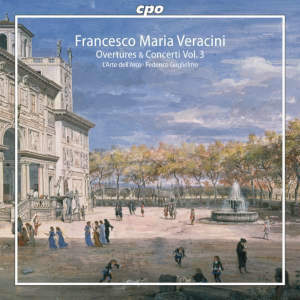