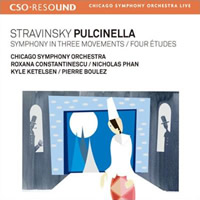 The majority of live concert performances issued so far on the CSO Resound label have been conducted by the Chicago Symphony Orchestra’s Principal Conductor Bernard Haitink, but this very fine new Stravinsky recording is directed by that other distinguished octogenarian, Pierre Boulez, the orchestra’s Conductor Emeritus.

The choice of works is a typical Boulez one, combining both rare and more familiar Stravinsky into an intelligently planned and entertaining programme. Boulez has recorded all of these works before, and in the case of the Four Études, with this very orchestra back in 1992. This new issue will probably represent his final commercially recorded thoughts on these pieces and for that reason alone it is indispensable.

The conductor’s ambivalent attitude to Stravinsky’s move from earlier more ‘nationalistic’ works to neo-classicism is already well documented, and in a conversation with Philip Huscher, the orchestra’s programme annotator, reproduced in the accompanying booklet, he reiterates his view that the neo-classical works that follow Pulcinella are contrived and lack spontaneity. Perhaps this is why Boulez’s account of the ‘Symphony in Three Movements’ that opens the disc strikes me as fractionally less convincing than the two works that follow. It is full of the textural clarity and fastidious care for orchestral balances that has always been a hallmark of a Boulez performance and the Chicago Symphony Orchestra’s playing is magnificent. The only thing lacking is the adrenalin thrill usually engendered by, for instance, the striking thrust of the first movement’s opening pages. The same is true of the rather ponderous start to the finale. The central movement, however, is superb; the conductor’s flowing tempo allows time to appreciate the cultured Chicago wind playing. Special praise in all three movements must also be given to the incisive playing of pianist Mary Sauer.

Boulez obviously has a special affection for the ‘Four Études’ and lavishes as much care on these four miniatures as he does on the two larger works. The first three of these were originally written for string quartet and later orchestrated. Each brief étude has its own unique and quirky character, while sharp Stravinskyian wit and humour abound throughout their brief time span.

The music of Stravinsky’s 1920 commedia dell’arte ballet ‘Pulcinella’ is often most heard in the concert hall as the suite that the composer extracted from it in 1922 and later revised. Enjoyable though that suite is, the complete ballet is a far more worthwhile prospect, containing as it does so much extra attractive music and brilliant vocal parts for three soloists.

The complete ‘Pulcinella’ recorded here is absolutely marvellous in every way. Boulez displays an uncharacteristic relaxed warmth and affection for the piece, while the Chicago Symphony Orchestra respond to his masterly direction with both unfailingly expressive playing and absolute precision. The choice of three young soloists, Roxana Constantinsecu, Nicholas Phan and Kyle Ketelsen for the arias, is equally inspired. All three have fresh appealing voices and project their singing with both firmness and exemplary diction. Pierre Boulez’s new performance of this delicious score is not to be missed.

The recording and audio post-production by Polyhymnia is un-glamorised and veracious. The surround channels add some welcome ambience to a quite closely miked sound without masking its exceptional clarity. The lack of both audience noise and applause completes one’s enjoyment.

Altogether this is treasurable disc from the most iconoclastic composer/conductor of our time. 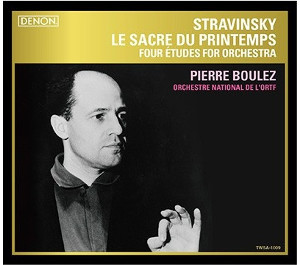 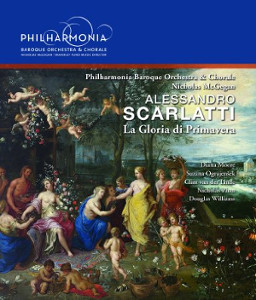