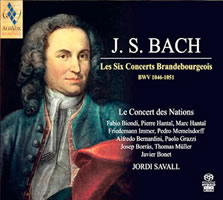 
Originally recorded in 1991 for Naïve, this set of Bach s Brandenburg Concertos is one of the finest in the Bach discography. Savall takes a more lyrical and less frenetic approach than is often found in period-instrument recordings. Now available as a multi-channel SACD, Le Concert des Nations sounds richer and more colorful than ever. And as you have come to expect from Alia Vox, this carefully remastered reissue is offered in a luxurious double digipak with extensive documentation. 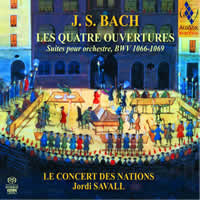