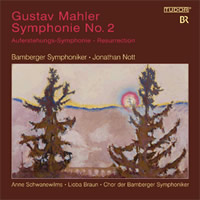 In the continuing avalanche of Mahler symphony recordings, Nott's cycle has apparently been treated as rather peripheral compared to discs by the so-called mainstream 'usual suspects'. But there has been critical acclaim from those who care to listen to a so-called provincial orchestra. The recent excellent Ninth (Mahler: Symphony No. 9 - Nott) is a case in point. Nott's interpretations aim at producing a Mahler's Mahler performance, rather than a conductor's self-regarding one. Without the usual histrionics or exaggerations, it seems to me that this is proving to be a revelatory and important cycle. And the developing rapport between Nott and his increasingly idiomatic and stylish Bamberg orchestra, allied to exemplary engineering, truly gives us Mahler discs to be reckoned with.

An important feature of this Resurrection Symphony for me is the feeling that all the performers really believe in the power of this music to inspire the human spirit. Without such dedication the symphony becomes an unruly and sprawling philosophical wallowing in those outdated tenets of Nietzsche and Klopstock which inspired the composer. Audiences of Mahler's day would, however, have been familiar with these then highly fashionable philosophical ideas about the meaning of Life, and thus had different 'ears' to ours. There is an honestly expressed dedication to this performance which makes it build ineluctably to a glorious and inevitable climax, which in this case really does give its all.

Nott's first movement, on the faster side along with Fischer rather than the more cautious MTT, paints a cohesive, urgent and turbulent landscape, darkened by the tragic grandeur of funeral marches. These traversals of the Soul's landscape intersect nostalgic cameos of the Austrian countryside in vivid sound-painting. Nott's canvas is beautifully and realistically limned by superb engineering, within the potent atmosphere of a great auditorium during live performances. We are placed in the best seats, with the huge orchestra (including quadruple wind and five clarinets, clearly laid out before us. I could detect only one brief contribution from the audience, a discreet cough from a lady (the recording is that good), and there is no applause. How on earth, after the finale, the audience managed to let the final E flat chord die away in ambience for several seconds without bursting into acclaim, I would love to know.

The dramatic and wilful outbursts of the first movement are tempered by an unusually gentle Ländler, played with extreme elegance and delicate poise; there are lovely string swoops and unusual refinement from the strings and wind. This makes the following Scherzo all the more subversive and eruptive, based on the ironic spinning tune from Mahler's Songs of a Wayfarer which depicts St Anthony's sermon to the fish - droll, even sinister. This often amusing satire is sharply underlined by Nott's dual Trios, full of gemütlichkeit ('cosiness') and gilded with deliciously schmaltzy trumpet solos. The impressive climax before the end is one of those where Mahler seems to have briefly opened the gates of Heaven - another such occurs in the slow movement of the Fourth Symphony, also based on Wayfarer songs.

With the scene now set, the business of realising the philosophical core of this work begins. The lovely song "Urlicht", tenderly intoned by contralto Lioba Braun from an atmospheric position seemingly within the orchestra, is pure balm. Her rich voice and depth of feeling gives her the qualities of a Wagnerian Erda figure, as if arising ethereally from the Earth to propound her wisdom. But all is swept away by the shocking tumult of the fourth movement, confronting us again with those fundamental questions about life and death. Driven on by Nott, the orchestra respond with terrific virtuosity, particularly the percussion department. Off-stage front, extra horns and wind bands are exactly as heard from the auditorium, at varying distances and carrying acoustics from the hallways behind the stage. A profound sense of tension is built up, with great surges of sound (and a truly magnificent tam-tam) which keep receding, like those always unattainable summits which Mahler used to walk over while composing on his holidays.

At last we reach the final pages; the pitch-perfect soprano voice of Anne Schwanewilms emerges steadily from the muted chorus to soar gloriously above the gathering tsunami of sound. Time seems to stand still as the carefully guided build-up to the peroration unfolds.The Bamberger Symphoniker Chorus may not be a huge group, but their contribution is tonally rich, especially in the multi-part divided choruses, and their fervent dedication to the work is palpable. There is no difficulty in feeling when the full organ arrives with its deep pedals and sizzling upper work reeds, or when the extra brass are added, bells-up. The blazing detail and sheer dynamic range of the last pages is staggering; the whole auditorium space is acoustically excited as the building adds its own contribution to the glorious climax, compellingly enveloping listeners lucky enough to be listening in multichannel.

To my ears, this is the best recorded and projected performance of all my Resurrection discs; the Finale's pay-off is so inspiring that I was left awestruck and elated. However loud it is played there is no distortion, hardness or congestion at peak levels. The balance appears to be that set by the conductor with minimal interference by the engineer - there is just the right amount of deep bass from string basses, tubas, contras and bass drum but they never obtrude; cymbals hiss, piccolos pierce, L-R divided strings aid clarity of polyphony but the sonic image is fully coherent and never phasey.

Tudor's Resurrection Symphony is a most welcome addition to my select collection of this particular symphony. I found the performance and recording both superlative. It left a deep emotional impression on me. I'm off to play it again.

Most German (and Austrian) orchestras differ from other orchestras in that their brass sections use rotary valve trumpets and narrow bore trombones. This gives orchestras like the Bamberg Symphony a distinctive sound, which comes across well in this recording. 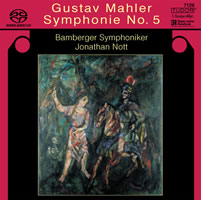 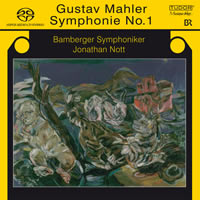 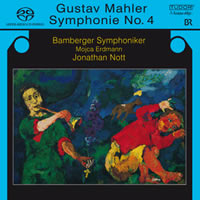 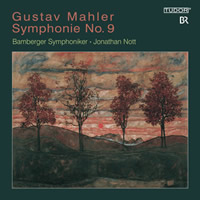 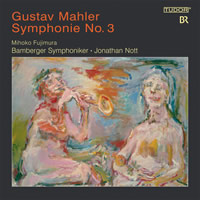 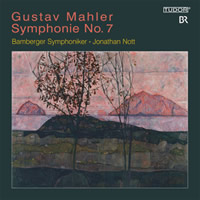 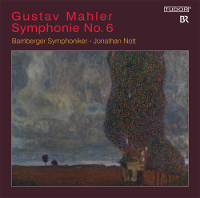 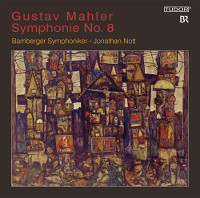 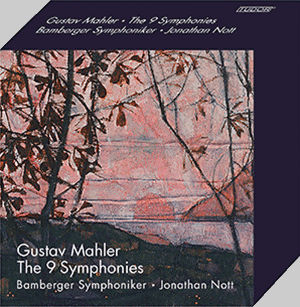 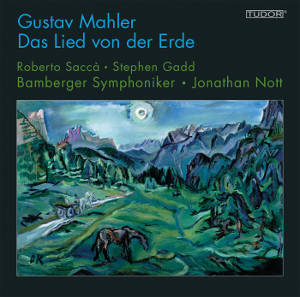