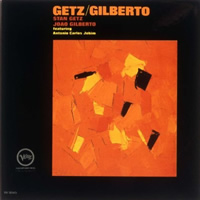 
Astrud Gilberto says that her husband, Joao, informed Stan Getz that she "could sing at the recording." Creed Taylor recalls that it took Getz's wife, Monica, to get both Astrud and Joao into the recording studio; Mrs. Getz had a sense that Astrud could make a hit. And Getz himself is on record saying that he insisted on Astrud's presence over the others' objections. So who's right? What does it matter? The Gilbertos, Getz and the legendary Antonio Carlos Jobim followed up the bossa nova success of Jazz Samba with this, the defining LP of the genre. With one of the greatest hit singles jazz has ever known - each one who hears it goes "Ahhh!"

These SHM-SACD's use the 'remix' (and it is thought to be the same DSD version as UCGU-7031, the Japan Hybrid from 2004.) - I have not been able to access a copy of the liner notes myself to check for DSD Transfer/Mastering credits. If someone has a copy, have a look and let us know!

Nb. Accordingly Astrud is on the right.

Copied from the 'old' site..

Review by analogue October 5, 2010 (6 of 6 found this review helpful)
Performance: Sonics:
A truly great classic jazz album from the early 60's.
The epitomy of a relaxing yet fascinating album. The music evokes many emotions from the listener.

I own the original sacd. It is very bold and literally in your face with the entire soundstage crushed up against the speakers. It sports decent sonics and the sax sound and singing is very nice. Even with the mentioned bad qualities one can still enjoy the original album.

Now Universal Japan has created a new transfer with the old dsd file.

It sounds very excellent and is the best of all the new sacd's where older dsd files were used.

Comparing the older sacd to this newer one........one can clearly hear how worn the older sacd sounded while this one sounds newer and fresher to a great degree. In the original release track four had some slight tape damage but on this title you cannot hear it at all.

The entire sacd has an extremely relaxed, natural and organic feel and sound to it. The mix finally has a true soundstage (WHICH HAS BECOME WIDER), and everything seems to emanate from a gorgeous mid-range. The high end is rendered very nice with unconstrained sound.

Voices sound beautiful.......and the sax is to die for. So lifelike with a touch of reverb and echoes. This is a very lifelike sacd. Simply beautiful.

Worth the money as it is a great, classic album. 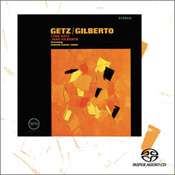 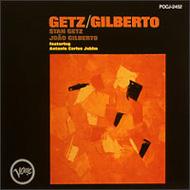 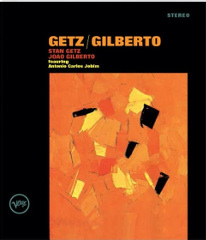