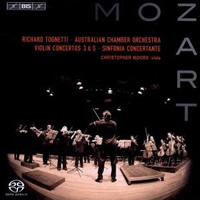 
Experiencing the Australian Chamber Orchestra and their leader Richard Tognetti in concert has been described in The Times (UK) as 'like taking a swig of a vitamin drink', while a reviewer in the San Francisco Chronicle was struck by 'the sort of fleet rhythmic control and tonal purity that most chamber groups can only envy.' As demonstrated by this recording of Mozart's violin concertos (the first of two discs), both statements also apply to the team's performances in the studio.

These are works which exist in countless versions on disc, and in interpretations of the most varying kind. Even so, Tognetti and his band from the very first tutti chord of Concerto No.3 manage to create a rare sense of expectancy, building sonorities that feel constantly fresh and new, and infusing even the most innocuous figure in the accompaniment with an uncommon rhythmic and dynamic vitality. Contributing to this is the fact that the strings (soloist and tutti) play on gut strings, while the wind players perform on replicas of instruments from Mozart's time. At the same time all hard-line dogmatism has been avoided: as Tognetti writes in his own introduction to the recording 'we know what the treatises say, and that they diverge like different chefs describing the same dish.

And we know that Mozart was the most strikingly original of musicians, and thus may have done nothing like what the experts' dissertations directed. So we simply look at the notes he wrote down, and start from there.' It is certainly a philosophy that seems to work, especially for a team - Tognetti has been the leader and artistic director of the ACO for more than 20 years - with a relationship between tutti players and soloist that is so close as to seem almost telepathic. 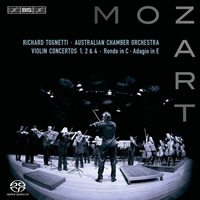 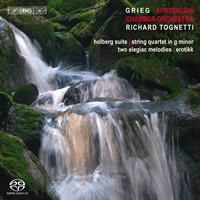 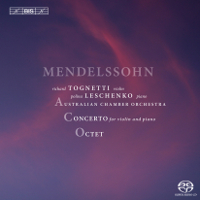 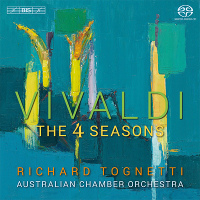