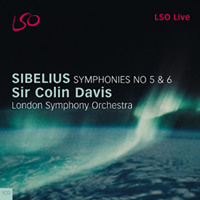 
The second instalment in Sir Colin Davis's new LSO Live Sibelius cycle follows hot on the heels of the first critically-acclaimed release featuring the Third and Seventh Symphonies. Sibelius was one of the most gifted and innovative symphonists who created music of astonishing beauty and luminosity. His Fifth Symphony is a breathtaking voyage that culminates in a resplendent finale, whilst the Symphony No 6 is more subtle, mysterious and refined to perfection.

Despite adopting a fairly conventional tempo, Davis insists on the a constant sense of momentum, with no relaxation in the opening pages of this work that also guards against the feeling of grandeur making a premature appearance. In common with Kamu, the feeling of the third movement's swinging motif is explicitly evoked and Davis arguably achieves the finest balances from all those employing a full symphony orchestra. The transition is testament to Davis' lifetime of conducting Sibelius and manages to be both seamless and tremendously exciting, never letting up until the final notes of the coda.

In the second movement, we are treated to utterly wonderful playing and conducting that almost dances with delight; no one else tries, never minds succeeds with such a radical re-conception of this music. Here, perhaps more than anywhere, the desperately dry sound makes the listeners work hard to hear the interpretation & seriously detracts from the experience. Unusually, when compared to the rest of the performance, in the third movement Davis seems to ask the trumpets not to blend in at times; the results are not wholly convincing in presenting a coherent & symphonic picture of this piece despite the enormous weight invoked for the coda.

With a thinner sounding string section, no doubt much of this is the responsibility of the mediocre Barbican, Davis asks his orchestra to fiercely emote & the very attack given to the vibrato threatens to transform the work into something that, given a half-decent venue, neither orchestra or conductor would consider appropriate: the way this is jettisoned after the opening strongly suggests a “patch” in studio conditions would have been hugely beneficial. Compared to Rattle, Davis is considerably faster which gives the work a more “definite” feel structurally and only momentarily does one feel that the extra tempo hinder the elucidation of the score. The passion of Davis and the LSO cannot be doubted and it makes for a very engaging performance indeed. The only note of regret to these ears is that the faster tempo makes the ending seem almost too definite when heard up close to some of the competition.

Once again, the merits of the musicianship have to be balanced against the mediocre Barbican that blights the sound of this release. Overall, Kamu's recent release is more successful in realising the various facets of these works and is accorded wonderful sound. 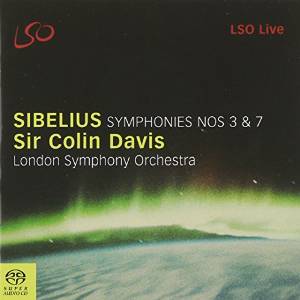 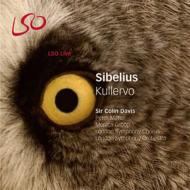 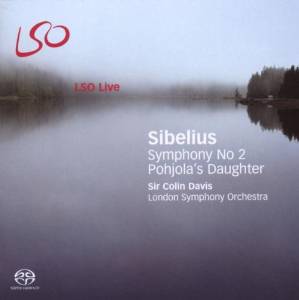 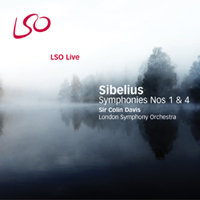 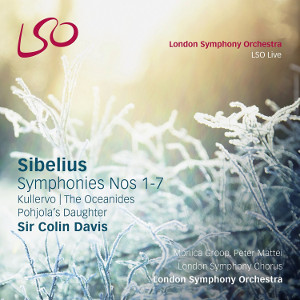