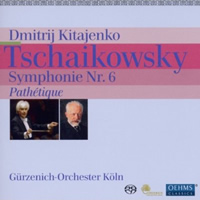 
After release of the “Manfred” Symphony, which opened the Cologne orchestra’s Tchaikovsky cycle, the Gürzenich Orchestra Cologne under Dmitri Kitayenko now takes on Peter Tchaikovsky’s most popular symphony, the mirror reflection of his troubled soul: the “Pathétique”. Kitayenko’s competence as a conductor of Tchaikovsky is undisputed; the conductor, who trained in his home city of St. Petersburg as well as in Moscow with Leo Ginzburg and in Vienna with Hans Svarovsky, was appointed honorary conductor of the Gürzenich Orchestra in March 2009.

A sombre and riveting account of a powerful piece.

If one examines the timings of movements alone (especially the inner ones which have far less in the way of tempo variation) then compared to both Tchaikovsky: Symphony No. 6 - Gergiev and Tchaikovsky: Symphony No. 6, Serenade for Strings - Gatti, Kitajenko chooses very measured, if not slow tempos indeed. In the pre-Romantic repertoire this can be a warning sign of interminable boredom but much as though one might want to reject this new account in favour of the more fleet-of-foot, the phrasing demands to be heard (more than once). No matter how hard one tries to tear oneself away, Kitajenko's baton weaves a magical spell that keeps one routed to the spot.

In the first movement, the shock of the central musical assault is palpable in a way rarely experienced, even in concert. The more spacious approach repays dividends immediately at every point, with the Gürzenich-Orchester Köln able to make every note of score crystal clear but also with a depth of sonority that one more usually associates with their more illustrious compatriots from Berlin. Despite the slower tempos, in the opening measures Kitajenko manages to avoid the all-too-common problem of sentimentality and presents a most noble account that contrasts more vividly with the drama that it is to follow; the famous diminuendo is astonishingly good with the woodwind almost inaudible, vanishing into thin air. In the stormy Allegro vivo section, the slightly relaxed tempo allows every note to be forced home with passionate conviction that never veers into hysteria. The restatement of the great romantic theme and concluding relaxations into the sublime coda then feel uncertain, with Kitajenko giving us a premonition of the finale.

The second movement is also taken at a relaxed tempo but rather than being a fault, it allows the orchestra to take flight under Kitajenko's watchful baton and is pure joy to the ear. This mock-waltz really dances and has a wonderful lilt - the oboes are particularly delightful; perhaps the central trio section is a little too slow but - as ever in this recording - the phrasing keeps the ear hanging on and the momentum going. The third movement, also taken slowly, is electrifying in the slow, relentless build-up of power and rhythmic impulse but this is not a performance for show. Only the seating of the violins together (with the violas on the right of the platform) robs the maximum excitement but in such a carefully nuanced reading, this is a tiny quibble that only the most curmudgeonly would complain about.

The finale also uses the same musical tactics of restraint (both in tempo and of histrionics) to great effect so that whenever the orchestra is let of the leash by Kitajenko, the pulse of the listener quickens rapidly! Toying (tastefully) with our emotions is done by remarkable sustained and sonorous strings and wonderfully eloquent woodwind (and brass in smaller doses) throughout that leave the listener exhausted by the final bars as the pulse gradually dies away into a dark void.

The recording itself is thrillingly wide ranging and is far more kind to listener and orchestra than that served up for Gergiev and the VPO (really very dry and unpleasant); it is on a par with that given to Gatti (and as that is a good studio recording, this is a real achievement). The sense of height is rarely achieved in concert recordings but this one has it in spades - bravo to the engineering team (and the audience who are impressively silent).

One can well imagine that those present were shattered by this experience - in no way does one feel that this disc is short measure. 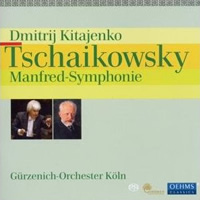 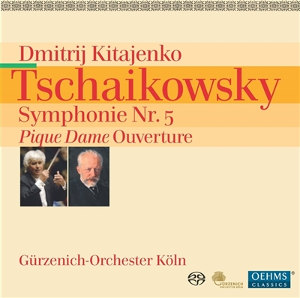 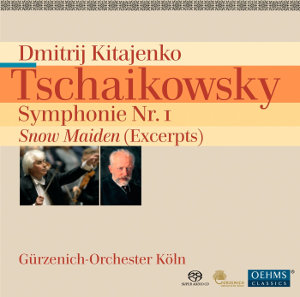 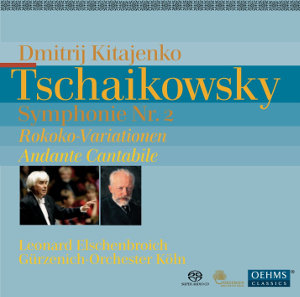 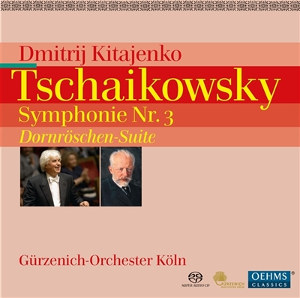 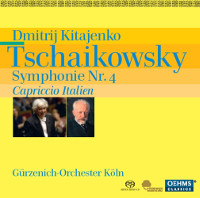 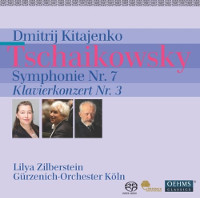