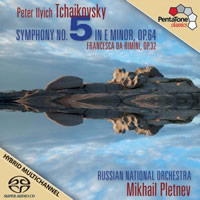 This second issue of Mikhail Pletnev's Tchaikovsky symphony cycle proves to be less contentious than the first Tchaikovsky: Symphony No. 4, Romeo & Juliet - Pletnev, though Pletnev's generally cool approach to the music is more definitely Apollonian than Dionysian in both the 5th Symphony and Francesca da Rimini.

Pletnev's account of the symphony's opening movement typifies his approach – steady and thoughtful rather than brimming over with Tchaikovskian passion, but its unhurried progress does allow appreciation of the orchestra's polished phrasing of Tchaikovsky's wonderful melodies and the rich recorded sound.

The slow movement's hushed opening by the strings is lovely, but then we are brought down to earth with the old-style Soviet timbre of the solo horn. Though beautifully played by the principal horn, the vibrato will almost certainly not appeal to some listeners, so prospective purchasers of this SACD should definitely audition this movement. That said, Pletnev gives the movement its full emotional weight with some distinguished solos from each of the Russian National Orchestra's woodwind principals.

The Valse has all the lightness and grace that one could wish for and, after a solemn and majestic, introduction, Pletnev throws away all inhibitions in the Finale. The main allegro of this movement is taken at a breathtaking pace and here the way that the recording has captured the incisive trumpets and rasp of the trombones makes for an exciting ride.

Francesca da Rimini, one of Tchaikovsky's finest works, is also quite successful in Pletnev's vivid interpretation though he does not match the urgency and excitement found on the celebrated Stokowski version, also issued by PentaTone in its RQR series Tchaikovsky: Serenade for Strings, Francesca da Rimini - Stokowski, but then who does? Pletnev is at his best in the long central section of the piece (from 9'29”) where he elicits some exceptionally sensitive playing from the RNO. In the final analysis, however, Pletnev's performance does lack the last degree of individuality.

The recorded sound, like that of the earlier issue, is opulent. Erdo Groot has once again achieved a wonderfully realistic sound picture that complements Pletnev's judicious balancing of the orchestra. The richness and depth of PentaTone's 5.0 DSD recording puts this SACD at the forefront for sound quality.

A recording to savour, although it may not be to everyone's tastes.

Firstly it should be noted that both the works presented here face stiff competition: Gergiev's electrifying account of the symphony with the VPO on RBCD and Tchaikovsky: Serenade for Strings, Francesca da Rimini - Stokowski for Francesca da Rimini on SACD. Those harbouring a soft spot for either of these will not necessarily displace these but this disc is certainly a good alternative, especially if the pairing suits. As a micro-comparison, this far outshines Tchaikovsky: Symphony No. 5, Romeo & Juliet - Gatti where the playing is driven far beyond the RPO's ability to play it as a collective ensemble successfully.

The first movement is paced in a remarkably similar way to Gergiev but here the Russian National Orchestra, aided by studio recording conditions (and not using the main concert hall of the Salzburg Festival), far outshine their Viennese rivals in both lustrous tone but also details that can come off away from the white heat of concert performances. Some who find Gergiev's dynamic range too extreme will take comfort from the marginally tempered ones adopted by Pletnev (but this is by no means a flattening out of contrasts).

The slow movement has some delicious horn vibrato applied, gorgeous rich string tone and a thrilling section made all the more dramatic in comparison with Gergiev for Pletnev allows the slower sections to be marginally more relaxed. This points up the difference in a slightly quicker Allegro non troppo even more than it would have otherwise done - whatever the technicalities, the effect makes ones pulse race. The Waltz is taken at a conventional speed but unlike many at such a tempo, the RNO find space around even the quickest of notes. Here perhaps more than any movement, the divided violins pay enormous dividends and the dancing of the semi-quavers around the orchestra is a joy to the ears.

The finale has a very dramatic introduction that doesn't climax too soon and leaves room for the excitement that follows in the Allegro vivace. Here Pletnev almost eclipses Gergiev but for one fateful decision of including a relatively ponderous Molto vivace section (some 20% slower than Gergiev) - the forward momentum is lost and although the orchestra works hard to recover, it just isn't "there". The final dash and the majestic presentation of the main melody for the last time both feel strangely inhibited - as if Pletnev felt he was conducting a ballet rather than a symphonic work.

The Francesca da Rimini receives very different treatment from Pletnev than from Stokowski (as one may well expect!) At first, it seems that Pletnev is purposefully eschewing the drama and bite that makes Stokowski's account so exciting. Examining the score however reveals that Pletnev is far better at getting the RNO to observe Tchaikovsky's markings than Stokowski asked the LSO in the era of quad. Instead what Pletnev offers is slow burn intensity which works remarkably well on repeated listening so that when the big climaxes do arrive, they are overwhelming and teeming with adrenalin. The central section has no lack of ardour or sensitivity and the transitions into and out of this episode are very well handled. Outstanding playing and conducting.

The recording is fully up to the best of Pentatone's house standard; rich, detailed with marvellously good placing of all the instruments that build up to a coherent and cohesive sonic picture.

Strongly recommended despite the slightly disappointing end to the symphony. 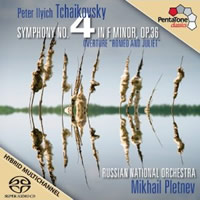 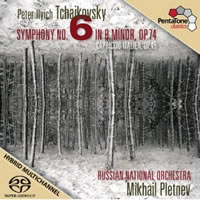 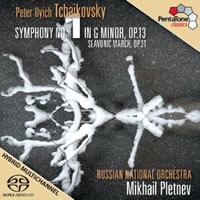 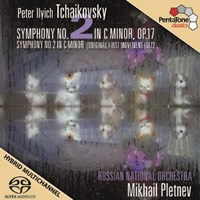 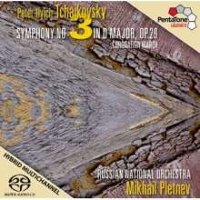 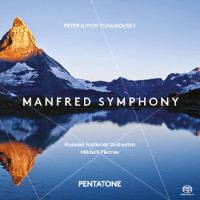 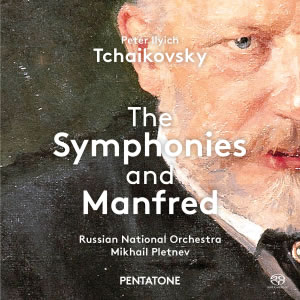 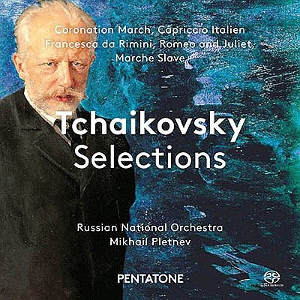