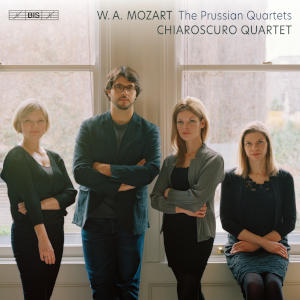 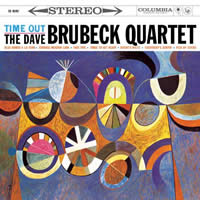 
Analogue Productions presents the definitive Time Out by The Dave Brubeck Quartet on Hybrid Multichannel SACD.

SACD booklet includes rare photos from the Columbia Studios recording session, as well as an additional liner written by pianist Brubeck himself.

Remastered by Bernie Grundman; authored for SACD by Gus Skinas on the SONOMA system.

Virtually all serious and even casual music lovers ought to be familiar with, or at least are likely to have heard The Dave Brubeck Quartet, even without realizing it — for the quartet's best-known hit "Take Five" has graced the soundtracks of multiple films, including "Mighty Aphrodite," "Pleasantville" and "Constantine."

The piece is famous for its distinctive, catchy saxophone melody, as well as its use of unusual 5/4 time — so distinctive, it's a rare jazz track that became a pop hit.

Including the monster hit "Take Five," the Brubeck Quartet's Time Out is a jazz and audiophile classic. Every collection needs a copy. And now, Analogue Productions brings you the definitive copy, on Hybrid Multichannel SACD, as well as on 200-gram vinyl pressed at Quality Record Pressings (Acoustic Sounds' own industry-lauded LP manufacturer).

Why definitive? The Quartet's signature sound paired with Multichannel SACD technology goes together beautifully. And the accompanying booklet is definitive in its own right, giving listeners a glimpse inside the creative process via a liner written by Dave Brubeck and a note from "Take Five," composer and the quartet's alto saxophonist, Paul Desmond.

Time Out's booklet also features fantastic photos shot during the recording session at Columbia's famous 30th Street Studios. Sony Music supplied the images for use in our SACD reissue, and gave us permission to use them in our LP reissue as well.

Time Out was an experiment by the Quartet in odd rhythms, and some of the other melodies have had a surprising and diverse history. "Three To Get Ready" was a hit in France as "Jazz et Java" sung by Claude Nougaro, who also had a hit with "A Bout de Scouffle" (Brubeck's "Blue Rondo A La Turk"). Also, "Kathy's Waltz" (named after Brubeck's daughter but spelled with a "K" instead of "C" as is his daughter's name) has been recorded and performed by symphony orchestras.

The record label's sales executives didn't want a painting on the cover when Time Out debuted in 1959 on Columbia Records, Brubeck told an interviewer. An entire album of originals? That wouldn't work either, he was told. Some standards and some show tunes were needed in the mix. Fortunately, Brubeck ignored the conventional wisdom and Time Out became the original classic we know it as today. Brubeck became proof that creative jazz and popular success can go together.

The album was intended as an experiment using musical styles Brubeck discovered abroad while on a United States Department of State-sponsored tour of Eurasia. In Turkey, he observed a group of street musicians performing a traditional Turkish folk song that was played in 9/8 time, a rare meter for Western music.

"I told Paul to put a melody over (drummer) Joe Morello's beat," Brubeck explained. As a jazz pianist, Brubeck became a household name in jazz in part due to Time Out's success. Demond's cool-toned alto and quick wit fit in well with Brubeck's often heavy chording and experimental playing. Morello and bassist Gene Wright completed the group. The Quartet traveled and performed constantly around the world until breaking up in 1967 to pursue other musical ventures.

Time Out peaked at No. 2 on the Billboard pop albums chart and was certified platinum by the Recording Industry Association of America. "Take Five" became a mainstream hit, reaching No. 25 on the Billboard Hot 100, and No. 5 on Billboard's Easy Listening survey, the precursor to today's Adult Contemporary charts. The song was included in countless movies and television soundtracks and still receives significant radio play.

Please be aware that it does not mention anywhere on the cover or the inner booklet that this is a Multichannel 5.0 SACD. Only the standard 'SACD Hybrid Stereo' label is used on the sleeve and the disc itself is also only stamped as 'Stereo'. I fell fowl of this and initially thought it sounded dreadful until I chose my MC amp setup for my system. What a relief! Otherwise another superb SACD from AP.

There was a repress/reissue of this title by AP in 2021.

I have entered the title as a reissue over on Discogs. Of interest may be that the reissue uses new glass masters.

Whether the 'secret' MCH program remains I can't say.

Have the 2021 reissue, can confirm it retains the same MCH layer as the previous AP issues.

This sounds pretty much like the record versions, I think. I say this because on both record versions (33 1/3 , 45) I have terrible distortion all throughout the piano passages in song 2, rendering those parts unlistenable. Everything else is almost perfect on the vinyl. Based on a little research and this SACD, I know that the problem is my stylus is not hi end enough to handle those piano passages. Thus, the SACD is indespensible to me.

The SACD sounds just like the record, sans distortion and surface noise. Very clear with a lot of air around instruments. Piano on the right, drums on the left and brass in the middle. The piano is just one touch under vibrant, but everything else is vivid and sharp, particularly the drums - important in Take Five.

There's not much else to say, as this one is pretty much perfect.

Note: I just reviewed the stereo, and not the multichannel.

At about 6:30 into the second track, "Strange Meadow Lark" (2012 AP SACD, stereo program), Brubeck plays a chordal passage very forcefully. There was probably some mic preamp (board) overload on that peak in the original studio tape. There is no significant audible distortion at that point on the AP SACD, just a distinct peak.

The credits to the AP SACD cite Bernie Grundman as the remastering engineer, but do not mention Mark Wilder. I've read discussions that Wilder created a new stereo analogue tape from Columbia's three-channel studio tapes of "Time Out", something he also did for "Kind of Blue".

The same peak passage in "Strange Meadow Lark" in the stereo program of the earlier Sony SACD sounds similar to the AP SACD, but if you were playing the Sony disc very loud, you might experience that as distortion.

Brian, does the LP cover include details about the provenance of the tape source? I assume that Grundman remastered the AP LP.

Some listeners prefer the three-channel program, which is on both AP SACD pressings and the Sony (Columbia CS 65122) SACD.