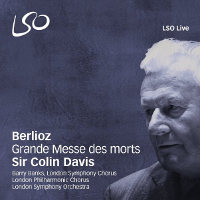 
Sir Colin Davis was revered Berlioz expert and his LSO Live Berlioz recordings were one of the most widely acclaimed series’ of classical recordings of recent years and collected numerous awards, including two Grammy Awards for Les Troyens. The release of the monumental Grande Messe des morts marks the completion of this cycle and further confirms Sir Colin’s status as one of the greatest conductors of Berlioz’s music.

Recorded by kind permission of the Dean & Chapter.
Works (1)

In June 2012 Davis and the LSO returned to the Berlioz Requiem for two public performances given in the vast spaces of St. Paul's Cathedral in London, and it is these that are the basis of these two SACDs. In terms of performance Davis's interpretation has changed little over the decades. The overall timings of the two accounts differ by just a little under three minutes and although Davis is now slower both in the opening 'Requiem and Kyrie' and the closing 'Agnus Dei', this is probably as much to do with having to cope with the long reverberation period of the venue's acoustic rather than as a re-thinking of his interpretation.

For those attending these performances it must have been a deeply moving and often thrilling experience and undoubtedly some of this is captured on this recording. The four additional brass groups that Berlioz deploys in three sections of the Requiem make a terrific impact as do the battery of timpani, especially for those listening in surround. To the mainly slow moving and devotional sections of this transcendental and majestic work, Davis brings a wonderful sense of dignified and spiritual repose. He matchlessly conveys what David Cairns in his programme note calls 'the remote ageless sadness of the 'Offertorium' – its central sublime melody never sounding more ethereal than in this setting. The combined London Symphony Chorus and London Philharmonic Choir sing magnificently throughout, and the LSO play with the dedication and commitment reserved for their veteran President.

Unfortunately the difficulties of performing, let alone recording, this work in the cavernous acoustic of a building like St. Paul's become all too apparent when listening to these discs. The engineers seem to have placed us in the nave of the cathedral some considerable distance from the performers; so whilst the atmosphere of the occasion is effectively conveyed a lot of the originality of the composer's orchestration is lost to the listener in a welter of reverberation. The chorus, for much of the time, sound too distant – something that is only marginally improved by an appreciable increase in one's volume setting. The fine bel canto tenor Barry Banks, who sings the solo parts of the 'Sanctus' with clarion tone and appropriate piety, also sounds too remote from the main body of the performers.

As a document of a memorable occasion – almost certain to be Colin Davis's final account of this work on disc – this recording is to be welcomed. Although the Classic Sound engineers have done their best to achieve a coherent aural picture, ultimately the venue's acoustic has proved to be too much for them. Those contemplating purchase of this LSO Live set should try to audition it first, but ultimately the earlier Davis recording still remains the safer option. 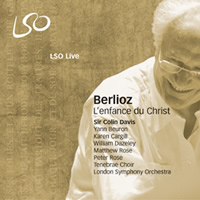 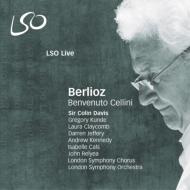 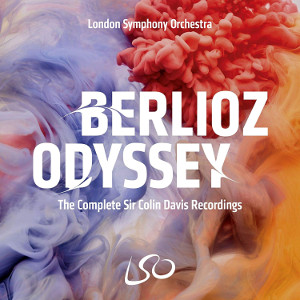