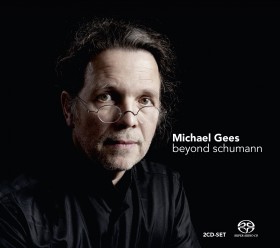 
Beyond Schumann is the second solo album of Michael Gees. He thinks of a composition as a living creature. Something very unusual in classical music, where everything that is written down has become holy and sacred, not to be touched or changed at all. However, Gees does that with the utmost respect for the compositions. In his new album Beyond Schumann, Gees goes beyond the work of Schumann and gives us a new and fresh way of looking at them. This new album (SACD) will be released on May 8th during a concert in Maasmechelen (Belgium).

In Schumann's day and age improvisation on original compositions the norm. Embellishments were not always written down in detail. These days, jazz music is usually improvisational, but this is normally inappropriate in classical music. Michael Gees does not agree and does it his way, without disrespecting the original compositions. He chooses music he loves dearly, starts playing and sees what happens. The musical ideas that started with Schumann now, transform through Michael Gees' hands on the piano. They are improvised on and feel totally new and refreshed. Gees is a real pioneer in this field and he dares to take this up, this big taboo in classical music. We say praise to him for doing so. After his first solo project called 'ImproviSatie'- with improvisations on works by Satie - Gees now picks up works by Schumann and goes beyond this famous composer and gives us a new way of looking at them. 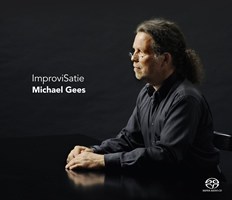 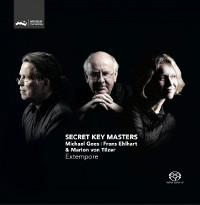