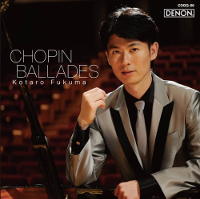 Although Chopin lived only part of his life in Poland, his compositions remained connected with his roots. Analysts believe that pianists having lived or studied in Poland would, therefore, have a better understanding of his music. After having listened to this disk I feel I have to set that record straight: Kotaro Fukuma neither lived nor studied there. He received his musical education at the ‘Conservatoire National Supérieur de Musique’ in Paris (2001-2005) followed by the ‘Universität der Künste’ in Berlin and the ‘ Accademia Pianistica Internazionale Lago di Como’ in Switzerland; none of them even remotely connected with Poland. And yet, he is an accomplished ‘Chopinist’. Not only did Kotaro win the Chopin Prize at the 15th Cleveland International Piano Competition, and in 2013 the same in his home country, but he also proves with this recital that he is, indeed, a brilliant Chopin interpreter.

Another pre-conceived idea is that many East-Asian pianists are magicians with elastic fingers and a supra natural technique, but lacking artistic talent and are short on spiritual content. In the Western world the Chopin heroes are the Rubinstein’s of the past and the Bunin’s of the present, to name but two of many. But nothing is farther from the truth. Why? Look at the prizes having been awarded to Japanese, Korean and Chinese pianists at such important international contests as the ‘Chopin Piano Competition’ in Warsaw and the ‘Concours Reine Elizabeth’ in Brussels.

Kotaro Fukuma firmly rebukes these non-believers with his interpretation of Chopin’s four ballads and some assorted pieces, amongst which an excellent Andante Spianato. Leaving these ‘extras’ for the cherries on the cake they are, I’d like to focus on the Ballads, recorded in 2013 in Cosmos Hall, Tokyo, comparing them with Takako Takahashi (Chopin: Ballades, Scherzos - Takahashi), another Japanese pianist, but with a strong Chopin link: Yes, she did live and study in Poland and even speaks the language. For a good understanding of her rendition I should clarify that my final judgment (four stars) dealt with both the Ballades and the Scherzos, whereby the ballads received a much better rating (four and a half) than the scherzos (three and a half).

As always: for the occasional listener it looks so simple if the music is well played. This applies in particular to Fukuma’s performance. With his extraordinary and bedazzling technique he almost misleads the listener into believing that these ballads are no more than four, albeit emotionally charged, lyrical pieces of music. One of the difficulties is maintaining the musical flow in spite of frequent pauses, changing tempi and varying moods, without getting stuck in stagnating rhythms and blurred passage work. Fukuma impresses with -time and again- building up tension and changing forward thrust very naturally into tender feelings. One might say that his ‘dolce’ is feminine and his ‘forte’ masculine.

Takahashi is different. Her technique is good, but not as good as Fukuma’s. Her playing is more in the traditional 18th century setting of a narrative poem: Sometimes hesitant, then again thoughtful, and never aggressive. She incarnates, in my view, better the Chopinesque spirit than Fukuma. However, these are nuances. I find both interpretations of equal interest, but for different reasons. Fukuma is pianistically the better one; Takahashi wins on flair and understanding.

As for the sound recording, both are good, but Kotaro Fukuma is (as far as I can make out) PCM in 4.0 channel surround, whereas Takako Takahashi is recorded in HQ DSD stereo, with a clearer hi-res piano sound.

Final question: Has Fukuma never been in Poland? Yes, he has, he participated in the 2005 Chopin Festival in Duszniki-Zdrój (Poland), the oldest Chopin festival in the world.

NOTE. The recital as above is also available on the Hortus label, Nr. 118 under a different name: Frédéric Chopin ‘Autour des Ballades’ and as RBCD only. 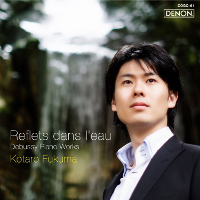