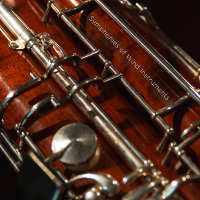 
"A composer speaking about his own problems is also speaking about the problems of mankind," asserted Schoenberg. "I was made a revolutionary in spite of myself," said Stravinsky. Hindemith spoke of a forthcoming "big battle over new music", and added, "the need will be to prove whether or not the music of our day, including my own, is capable of survival." Today these composers are regarded as being three of the most seminal figures in music history in the first half of the 20th century. Meanwhile a composer at the end of the same century, Rolf Wallin, has written music that portrays "the dancing dynamics of the universe", where nothing is stable and everything is volatile. The works featured on this album by these four composers reflect the universal and timeless balance between tradition and innovation, and the Royal Norwegian Navy Band under Ingar Bergby illuminate this balance in their recordings of these works, and breathe new life into this music.