Hi John I am afraid that I can be no help to you in comparing the Chandos version with that on BIS as I have not heard the latter! Very much swings and roundabouts here as ...

Information from the Minnesota Orchestra: Vänskä and the Orchestra will continue the ongoing project to record all of Mahler’s symphonies, performing and recording ...

Thanks, John, for helping me out. I was going to review this one but your comments will do. Although Bizet’s symphony, except for the beautiful second movement, is not one ... 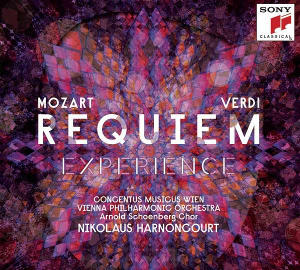 In preparation for reviewing Mozart: Requiem - Butt, I sought this performance out as a way of cleansing my aural palate from the superb Mozart: Requiem - Scottish Chamber Orchestra/Mackerras. Although not mentioned anywhere on the packaging (there is no booklet), this is the Beyer completion.

My conclusions on the Verdi remain largely unchanged and one big positive in this sets favour is there is no longer any need to have a change of discs part way through (see Verdi: Messa da Requiem - Harnoncourt).

Back to the Mozart. Were it not for the period instruments, one would be forgiven at times for thinking that an un-reconstructed conductor from the golden era of LPs had been resurrected. This reading is conceived on a titanic scale and is weighty in a way that is really rather unusual even amongst modern instrument accounts of the current century. Whilst this effect is really rather awe-inspiring in the opening Introitus, the Tuba miram section of the Sequence stretches even the reliable Gerald Finley & Bernarda Fink into tone production that is far removed from their colleagues clean beauty. There are moments of high drama when, more in keeping with modern performance practices, Harnoncourt obtains extraordinary dynamic contrasts, particularly in the Dies irae. As the acoustic is rather resonant here, any sudden drops in volume shield our ears from at least one or two beats of the following contributions of the musicians & singers. The Arnold Schoenberg Chor with their usual distinctive blend of clarity and focused tone. What undermines this performance to me, from a musical standpoint, is that the emotional scope is too narrow: it is avowedly grief-stricken with anger and calmer reflections found in other accounts registering far too rarely. That said, this account will certainly provoke thoughts if not outright admiration; one could never describe this performance as tedious!

The sound is also not what one would hope to hear from a modern recording: obviously spotlight, the brass seem to come closer as their dynamic increases & at no time is this a convincing aural picture. As mentioned above, there is a quite a long echo - commensurate with an ecclesiastic building - which, whilst smoothing some but not all rough edges, does little to aid the listener. This was clearly a "live" occasion because between movements, audiences are heard as is the standing of the chorus.

The Verdi is fortunately a far more moving experience & for those who missed it the first time round, this is an inexpensive way to obtain Harnoncourt's account. 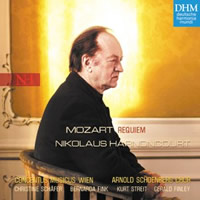 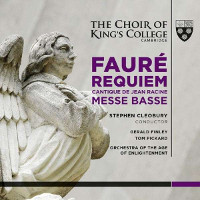