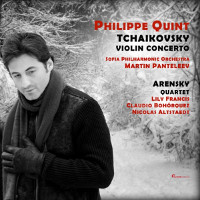 Sadly the account of the concerto has little to distinguish it from the many competing performances that are on (just) SACD. The biggest hindrance has to be the somewhat "rustic" contribution of the Sofia Philharmonic under Martin Panteleu; the tuning of the woodwinds throughout the slow movement surely deserved another take (it is certainly unusual to hear Quint adjust his tuning to match their wandering pitch but it isn't something I'd wish to hear repeatedly). The acoustic doesn't help but reinforce the rather unrefined approach to phrasing or balance between soloist and orchestra but one expects better from conductors (and engineers). Suffice to say, for all Quint's advocacy, this is fatally handicapped when a true meeting of musical minds can be heard on Tchaikovsky: Violin Concerto - Fischer, Kreizberg, Tchaikovsky, Glazunov - Violin Concertos or Bruch & Tchaikovsky: Ning Feng, Yang Yang to name but three fine alternatives. The other distinguishing feature to note of this release is that Quint offers both the "full" version and the "Auer" version, which has some cuts, of the finale; it does not make up for any of the short-comings of the performance or treatment of the acoustic.

The performance of the Arensky is another matter altogether. Joined by three other young, talented musicians, Quint and his colleagues are in clear communion. Everything that was missing in the Tchaikovsky is here in spades: an easy rhapsodic communicative style from all, combined with wonderful virtuosity entirely at the service of the music (the variations on a theme of Tchaikovsky in the second movement are worth the price of the disc alone). The Arensky is a fine quartet that deserves to be heard far more widely, especially in the eloquent long-spun lines that anticipates Rachmaninov in technique and mood. The sound here, recorded in Berlin's Siemensvilla, is much more the house standard one has come to expect from this label.

I won't give star ratings because the performance Arensky does not deserve being considered at the same time as the Tchaikovsky. If you don't know the Arensky, I strongly recommend giving this a whirl but those seeking a new rendition of one of the favourite violin warhorses should look elsewhere. 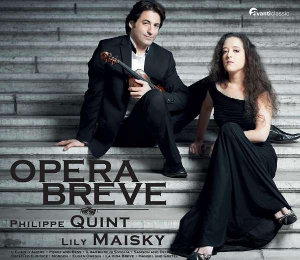 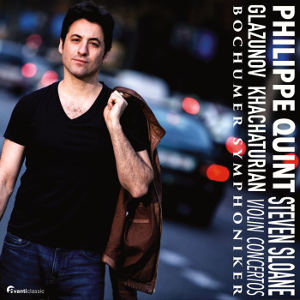